Canada confirms one citizen is taken as a hostage in Libya 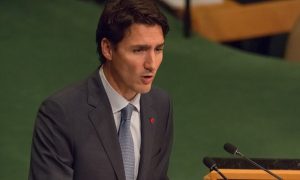 Canada confirmed on Sunday it has become aware of a citizen taken hostage in Libya and is “diligently pursuing all appropriate channels to obtain more information.”

Libyan authorities said last week a Canadian and two Italians had been kidnapped in the country’s southwestern desert, possibly by a criminal gang. The Canadian government then called the matter “unconfirmed.”

“The Government of Canada will not comment or release any information which may compromise ongoing efforts to secure their release or endanger the safety of Canadian citizens,” a spokeswoman said in an email.

The three victims, who were working on airport projects, were abducted between the towns of Ghat and Tahala, near the border with Algeria, early last Monday, according to Ghat’s mayor Gomani Mohamad Saleh.

It is not immediately clear who was responsible or what the hostages’ current circumstances are.

Numerous criminal and armed groups are active in Libya’s vast southern desert, and al Qaeda-linked Islamist militants have long had a presence across the border between Libya and Algeria.

For: Canada confirms one citizen is taken as a hostage in Libya