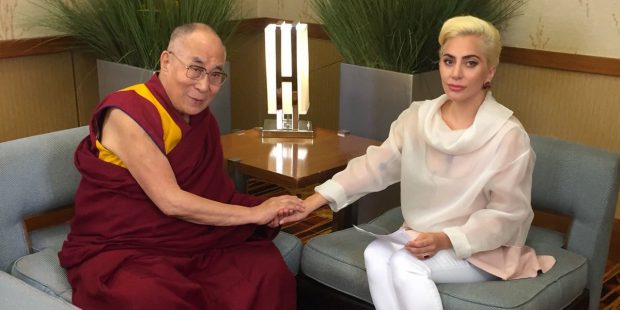 Chinese fans have reacted with outrage to Lady Gaga’s meeting with the Dalai Lama over the weekend.

Her social media posts about meeting with the Tibetan spiritual leader on Sunday have led to online speculation over whether she will still be allowed to perform in the country.

Lady Gaga is one of, if not the most, popular western musician in mainland China.

Yet she has irked mainland fans by showing her support for the Dalai Lama, who many feel is a figurehead for Tibetan separatism.

The Dalai Lama says he now advocates a “middle way” with China, seeking autonomy but not independence for Tibet.
‘Has not considered Chinese fans’

Lady Gaga’s popularity in mainland China means that she is often a major talking point for entertainment and mainstream media there.

However, such media have been notably quiet on her 26 June meeting, meaning that it largely went unnoticed.