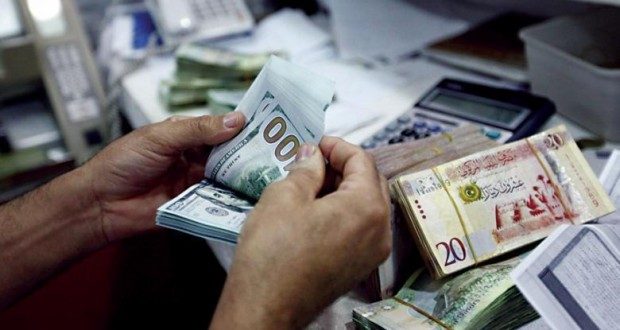 The Libyan dinar has experienced a short-term recovery on Wednesday in the black market making a descend to LYD5.75 for $1 after reaching LYD7.35 for $1 over the last two days.

The new recovery comes amidst efforts by the Central Bank of Libya (CBL) to soothe the surge of the foreign currency against the devaluation of the dinar.

“Rumor has it that the CBL will announce that it would sell the one dollar for LYD3-ish for all in the official banks and branches of the commercial banks, and that is why we saw the surprising downfall of the dollar to the previous 5-ish rates.” Sources from the black market told the Libyan News.

The Libyan dinar has collapsed marking a historical devaluation in exchange of foreign currencies in the black market.

This setback for the Libyan currency has taken place amid a continuing stalemate and lack of consensus in the country as there are three rival governments toying with Libyans’ fate as if they are on a vacation or on a honeymoon, where they need not to worry.