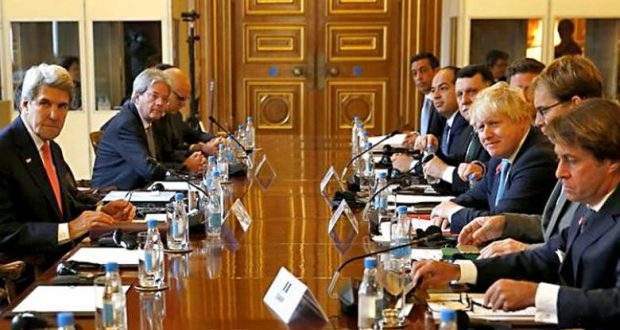 After meeting in London on October 31 -November 01, the Presidential Council delegation, headed by Ahmed Mitig, a deputy for Fayez Al-Serraj, attended Friday a meeting in Rome that aims at finding solutions to Libya’s economic collapse.

The Rome-hosted meeting was also attended by delegations from the Central Bank of Libya (CBL), the National Oil corporation, the Audit Bureau as well as Government of National Accord (GNA) representatives.

On the other hand, delegations from the International Fund, the United Nations, and the World Bank also attended the meeting in Rome and discussed with the Libyan parties the challenges in Libya on the economic level.

They also discussed the 2016-2017 Libyan budget, stressing that the meeting will find solutions to help increase the country’s oil production, make sure cash is provided to all banks in a regular manner, and find suitable ways to help supply the Libyan people with their basic needs and services.

The Rome meeting attendees also decided to help support the Libyan dinar against foreign currencies and the Presidential Council and the CBL said they would take certain measures to solve that serious problem.

“By December 01, we would have taken serious procedures that could shake things up in the economic arena in Libya to help alleviate the tension that has plunged people into despair and dismay.” The Libyan attendees concluded after the Friday Rome meeting.

For: London meeting on Libya’s economy resumes in Rome