Research guides you to a successful diet plan, easy and healthy 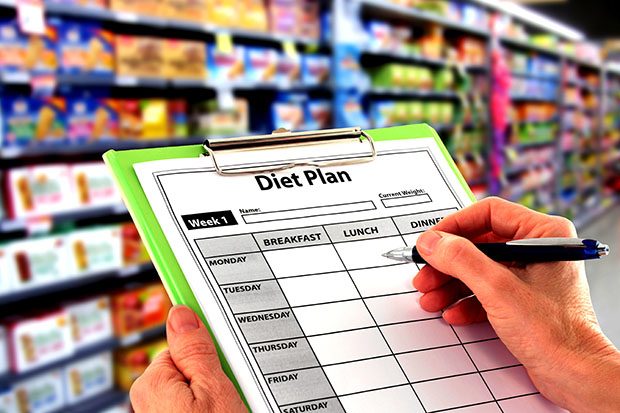 Is your diet plan a failure? New research shows how to adopt the correct strategies for planning.

Some diet plans seem to be ineffective in helping dieters achieve their health goals.
But according to a recent study, coming up with the right diet plan is just a matter of adopting the right strategies.

Researchers from the Baylor University’s Hankamer School of Business said that most successful diet plans involve an “approach” strategy rather than an “avoidance” strategy.

In achieving their health goals, most dieters are avoiding their favorite foods and replacing them with less-desirable options. But according to Dr. Meredith David, assistant professor of marketing at Baylor University, successful dieters are focusing on adding healthy foods to their diet plan – foods that they actually like.

“Our research shows that instead of creating rules to avoid one’s favorite treats, dieters should focus on eating healthy foods that they enjoy,” David said in a news release.

“Dieters who restrict themselves from consuming the foods they love most may be setting themselves up for failure. Instead, they may be better off by allowing occasional ‘treats’ and focusing attention on healthy foods that they enjoy and making it a point to include those tasty, but healthy foods in their diet.”
The study titled “Saying ‘No’ to Cake or ‘Yes’ to Kale: Approach and Avoidance Strategies in Pursuit of Health Goals,” which was published in the journal Psychology & Marketing, involved a total of 542 study participants and focused on the subject’s level of self-control.

According to the researchers, participants with low self-control tend to focus on avoiding the foods they find tempting, which, as David said, makes their health goals more difficult to achieve.

But participants who develop more motivating diet plans, with the inclusion of healthy and well-liked foods and the exclusion of unhealthy foods that they do not like, are generally more successful at reaching their health goals.
The researchers have observed that dieters who are unsuccessful with their diet plans often list diet rules that are restrictive of certain foods.

“The next time you decide to go on a diet or seek to improve your health by altering your food consumption, opt for strategies that focus on including healthy foods in your diet, and focus specifically on those healthy foods that you really enjoy eating,” David said.

For: Research guides you to a successful diet plan, easy and healthy