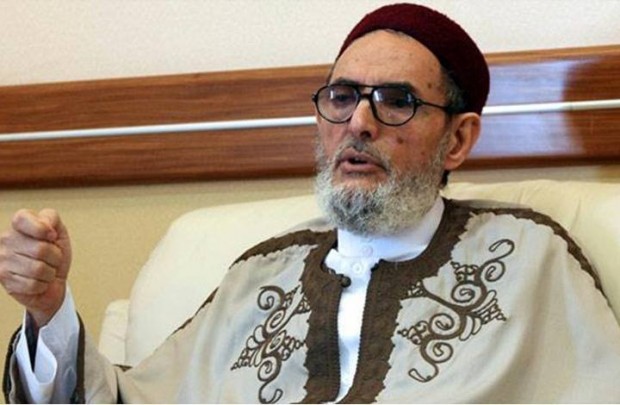 Tripoli-based General National Congress has condemned offend words directed at Libya’s Mufti, Sheikh Al-Sadiq Al-Gharyani, saying that such an offence against the religious scholar is unacceptable.

The GNC denounced the offending words said by pro-Al-Serraj demonstrators against Libya’s Mufti and said they are no more than outlaws and disrespectful.

“Libya’s Mufti, Al-Sadiq Al-Gharyani, is an icon for Libya and 17 February revolution.” The GNC statement indicated.

In a statement Saturday, the GNC rejected the EU sanctions imposed on the GNC President, Nuri Abu Sahmain, and the Prime Minister of the National Salvation Government, Khalifs Al-Ghweil.

“It is a stark bias to only one party to impose such sanctions on the GNC and the SG heads, which would worsen the Libyan crisis and add to the current division.” The statement reads.

For: Tripoi’s GNC condemns the offense of Libya’s Mufti by pro-AlSerraj demonstrators