Watchdog: Britain’s aid programme in Libya might be harmful to migrants 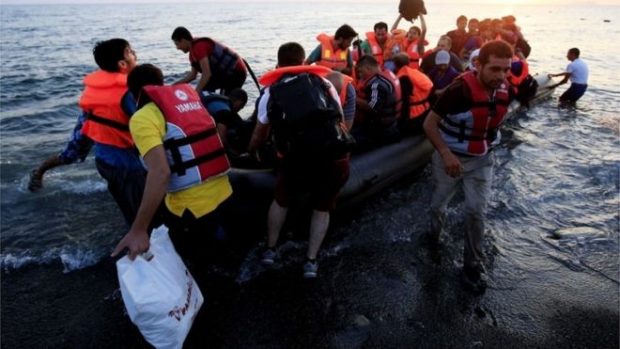 An independent watchdog has warned that the UK’s aid programme in Libya could be harming vulnerable migrants, the BBC wrote on Friday.

But the Independent Commission for Aid Impact says that support could be leading to more migrants being detained and denied a right to asylum, tthe BBC added.

The government said any such risks around aid had been considered. It added that it protected migrants’ human rights and improved their conditions.

Libya is the main departure point for migrants attempting the sea crossing to Europe and is home to up to one million migrants and refugees, according to ICAI.

All those detained by the Libyan government, including those rescued at sea, are held in often overcrowded detention centres where they risk being abused, the BB indicated.

The report by the ICAI, which monitors UK aid spending, was cited by the BBC as saying that there were concerns about the risk that British aid was contributing to a system that prevents refugees from reaching a place of safe asylum.

It also warned that the risk that UK aid could cause “unintended harm” to vulnerable migrants or prevent them from reaching a place of safety had not been adequately assessed.

A government spokesman said: “Cross-government efforts are tackling the root causes of migration by building opportunity and stability for people in their home regions so they don’t need to make the perilous journey across the Mediterranean.

“We’re also getting help to vulnerable migrants who have already started their treacherous journey.” The BBC reported, adding that he said that UK vessels had saved more than 13,000 lives in the Mediterranean Sea since May 2015.

The views expressed in Op-Ed pieces are those of the author and do not purport to reflect the opinions or views of Libyan Express.
How to submit an Op-Ed: Libyan Express accepts opinion articles on a wide range of topics. Submissions may be sent to oped@libyanexpress.com. Please include ‘Op-Ed’ in the subject line.
LibyaMigrantsUK
Share
Submit a Correction
Sign up for our Newsletter.

For: Watchdog: Britain’s aid programme in Libya might be harmful to migrants