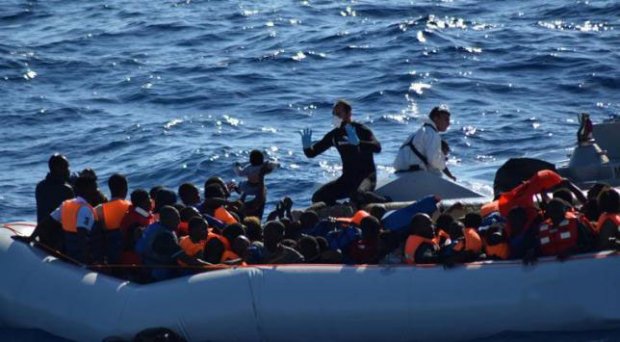 The bodies of 21 women and one man have been found “in a pool of fuel” at the bottom of a rubber dinghy adrift near the Libyan coast, just hours after they had set sail for Italy, according to the humanitarian group Doctors Without Borders (MSF).
Refugee boat sinkings rise in Mediterranean Sea

An MSF ship patrolling the central Mediterranean Sea came to the rescue of two dinghies that were sailing close together and managed to pull 209 people, including 50 children, to safety on Wednesday.

However, 22 people were found dead at the bottom of the first dinghy.

“When our team approached the first dinghy, they saw dead bodies lying at the bottom of the boat in a pool of fuel,” said Jens Pagotto, MSF head of mission for search and rescue operations.

Speaking to the Reuters news agency, Pagotto said it was “still not entirely clear what happened, but they died a horrible death. It is tragic.

“It seems that water and fuel mixed together and the fumes from this might have been enough for them to lose consciousness.”

The survivors, most of them from West African countries such as Nigeria and Guinea, were being brought to Sicily, along with the dead, and were due to reach the port of Trapani on Friday.