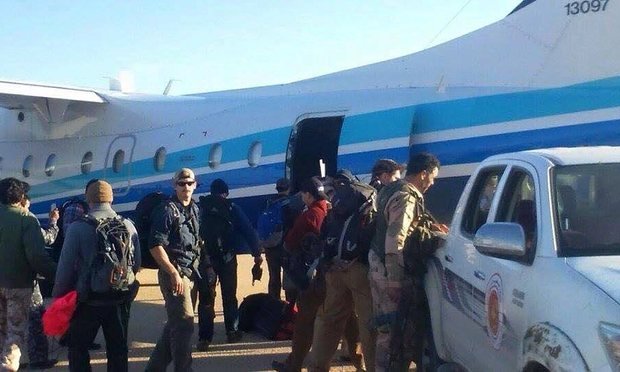 Although there have been American Special Operations forces on the ground in Libya for several months, American spotters did not call in the airstrikes, military officials said. Instead the Pentagon used the same model it has with some Syrian rebel groups: Libyan ground forces, who were given rudimentary instruction by American Special Operations trainers on the ground, provided basic identification and targeting information for the warplanes.New York Times reported.

It added that the Obama administration has been negotiating for weeks with the Libyan government on how to use American airstrikes to support the limited capability of Libyan warplanes to hit targets in Sirte. The American military brings the ability to strike in a dense urban area more precisely — whether by drones or manned warplanes — and thus reduce civilian casualties.

Over 100 illegal migrants rescued off Libyan

For: American military advisors on the ground in Sirte helped pave the way for airstrikes