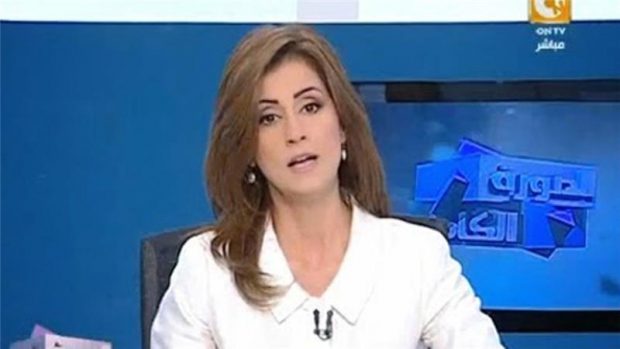 Egypt deported the well-known host of a TV talk show who has been critical of the country’s government amid an intensifying crackdown on free speech and dissent in the key U.S. ally, according to her lawyer.

Liliane Daoud was taken from her house to an undisclosed location on Monday, lawyer Zyad Elelaimy said.

The Lebanese national’s arrest by men who said they were from the Egyptian Passport Department, came just hours after her employer ONTV ended her contract, he added.

“Eight men in civilian clothes saying they are from Immigration kidnapped Lilian Daoud from her house and are saying that there is an order for her deportation,” Elelaimy said via Twitter.

Elelaimy said he learned about Daoud’s arrest from her 10-year-old daughter who was at home when her mother was detained.

Daoud pledged to “take all measures” to return to Egypt upon arrival in the Lebanese capital of Beirut, Elelaimy added.

Bassem Youssef, a popular TV satirist who was known as “Egypt’s Jon Stewart” before his show was taken off air in 2014, was one of a slew of media figures and rights advocates who reacted to Daoud’s deportation.

“”The space for dissent in Egypt has not been this narrow in decades … it’s worse than Mubarak.””

“Liliane Daoud was arrested,” he said. “Now they are taking her to be deported out of the country. Liliane has a young daughter born in Egypt, raised in Egypt all her life. They forced her to leave her at home and leave with them. In reality, she was kidnapped. Bravo, guys. Really, Bravo.”