Ford to launch self-driving car by 2021 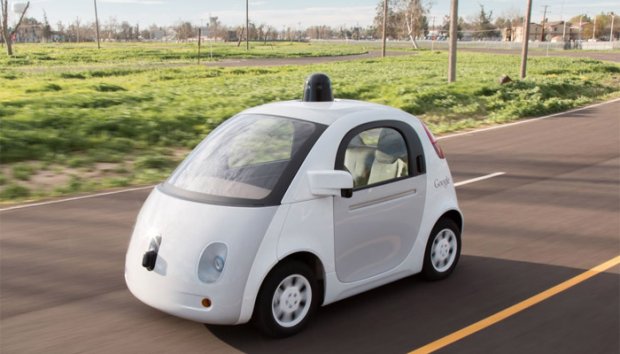 Ford has said it will mass-produce a fully autonomous self-driving car without a steering wheel by 2021.

The bold ambition was outlined by the company’s president, Mark Fields, at an event in Palo Alto, California.

Ford said it would double its investment in its research centre in the city, as well as making sizable investments in technology companies in the autonomy industry. The firm said the car would be in use by customers by 2021.
It said this was most likely as part of an Uber-like ride-sharing service – but one that doesn’t require a human driver.

“As you can imagine, the experience inside a vehicle where you don’t have to take control changes everything,” said Mr Fields, in an interview with the BBC.

“Whether you want to do work, whether you want entertainment… those are the types of things we are thinking about as we design the experience for this type of autonomous vehicle.”

The announcement, described as “transformational” by Mr Fields, signalled an era when Ford sees itself, particularly in cities, as a company that provides an ad-hoc service rather than focusing solely on selling the cars to the general public.

“There will be a growing per cent of the industry that will be fully autonomous vehicles,” Mr Fields said.

“Our goal is not only to be an auto company, but an auto and mobility company.”

In recent years Ford has described itself as a technology company rather than simply a car maker, and on Tuesday it genuinely started to sound like one.

In partnership with Chinese firm Baidu, Ford has made a joint investment of $150m (£115m) in Velodyne – a company that works on light detection and ranging (LiDAR) technology. LiDAR is the system used for accurately detecting objects around the car.

Ford was also part of an investment round that raised $6.6m for Civil Maps – a digital mapping company – as well as money put towards neuroscience research.

Tellingly, there was no mention of Google or Apple in Ford’s announcement – a suggestion it has opted to compete against the Silicon Valley giants rather than try and work with them as some had originally anticipated.

But Google still leads the way in self-driving technology – its cars have been out on public roads clocking up miles for several years now. It too is developing a car without a steering wheel – but regulations so far prevent that car from venturing beyond private land.

Like Google, Ford said it would be focusing on “Level 4” autonomy in reference to the standards put in place by the US-based Society of Automotive Engineers (SAE).

The levels represent the sophistication of self-driving technology. At Level four – “high automation” – the car is able to operate, unmonitored, in a particular use case. For Ford, the use case would be a city area. Level 5 would mean full autonomy in any driving condition.

The company said it was not interested in offering Level two or three driving. Level two means some level of automation that requires the driver to monitor the car at all times.

For: Ford to launch self-driving car by 2021