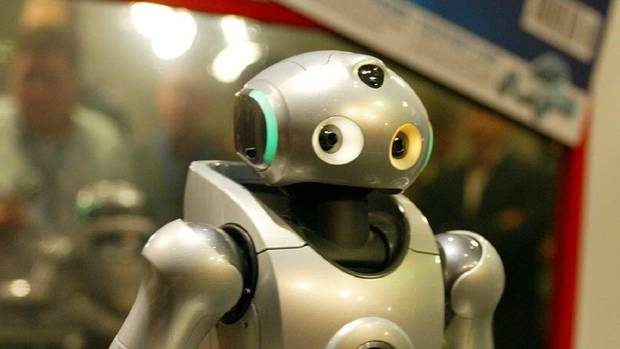 German researchers have developed an artificial robot nervous system to teach robots to feel and respond to pain. And while the experiment may sound sadistic, researchers say it could protect humans working alongside them.

According to researchers from Leibniz University in Hannover, Germany, the idea is to train robots to react quickly in situations that could lead to damage of their motors, gears and electronics.

“Pain is a system that protects us,” researcher Johannes Kuehn said in an interview with engineering news site IEEE Spectrum. “When we evade from the source of pain, it helps us not get hurt.”

The artificial nervous system was unveiled during the IEEE International Conference on Robotics and Automation (ICRA) in Stockholm.

Researchers attached a fingertip sensor that measures pressure to a robot arm and put the arm under a variety of pain tests based on data from human pain research. The nervous system measured pain based on how hard the sensor was touched.

In a video posted to YouTube, researchers showed how, under light pain, the robot experiences mild discomfort and retracts slowly, once contact with the sensor has stopped. However, under moderate pain the robot arm retracts quicker.

So, why would this help protect humans? The researchers said that damage to robotic equipment can lead to workplace injuries and, as a growing number of industries are turning to autonomous equipment to speed up production, more needs to be done to invest in safety measures.

For: Germany: Researches are working on making robots “feel” pain to protect humans