Laptop with three screens revealed by CES in Las Vegas 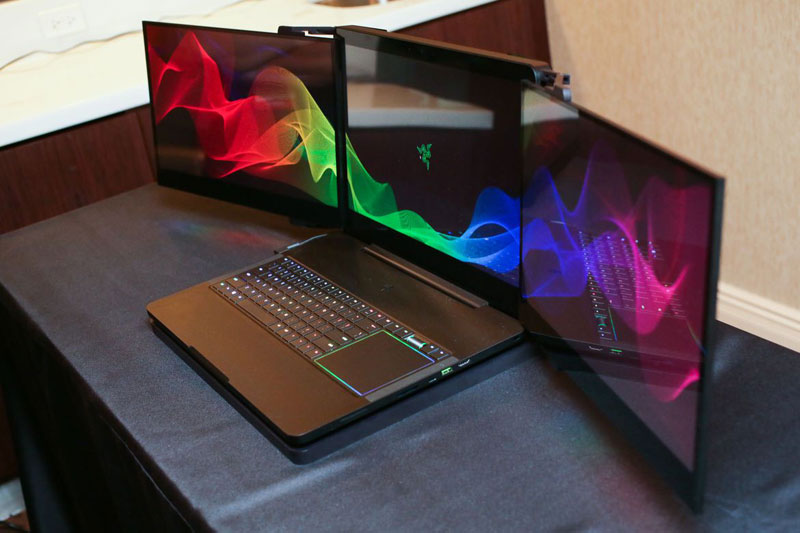 The firm claims Project Valerie is the world’s first portable laptop of its kind.

Two additional screens slide out from the central display via an automatic mechanism.

One analyst praised the design, noting that gamers were increasingly splashing out on high-end laptops.

When folded up and closed, the laptop is 1.5in thick. Razer said this was comparable to many standard gaming laptops, which tend to be chunkier than home and office devices.

“We thought, ‘This is crazy, can we do this?’,” a company spokesman told the BBC.

Project Valerie is still a prototype and Razer has not yet published a possible release date or price.

For: Laptop with three screens revealed by CES in Las Vegas