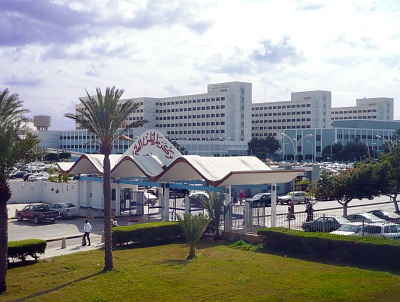 An official source from the Tripoli Medical Center (MTC) confirmed that the hospital received 7 dead bodies of civilian people killed in the clashes in Tripoli on Thursday and Friday.

The sources, who asked not to be named, said Saturday that the seven killed civilians were randomly shot by the clashing armed forces, while some of them were killed by flying shrapnel.

“This number is only the number of the civilians killed in the clashes and the number arrived in the TMC so far.” The offical source added.

Clashes in Tripoli have continued for two days on Thursday and Friday in a row between armed forces from the capital.

On Friday, armed forces of Special Deterrence Force attacked the building of the Sixth Force in Zawiyat Al-Dahmani and brought to the ground amid horror and panic among the residents, most of whom fled the area to safer places.

Ceasefire among the warring armed forces was reached on Friday night and was implemented on Saturday as normal living signs were spotted in the clashes’ areas.

The Tripoli University Exams Administration announced Saturday that all examinations in all of its faculties will be suspended to one or more weeks ahead. The suspension was because of the Libyan Students Union’s request over the current clashes and unrest in the capital.