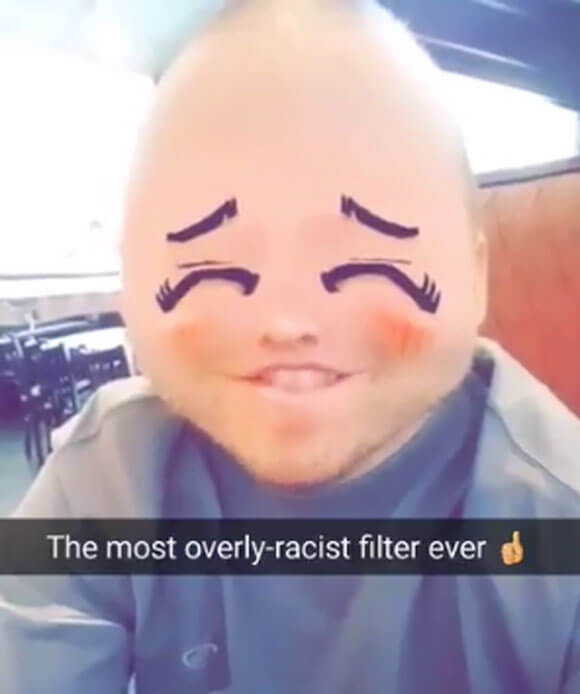 A controversial new Snapchat face filter has drawn outrage from thousands of users describing it as a “racist” caricature of East Asians.

Snapchat said the filter had already been removed and would not return to circulation.

The social media app, one of the most popular in the world, has come under fire before over its lenses.

Its “Bob Marley” filter, which added animated dreadlocks and a cap, was also criticised for promoting “blackface”.

“This anime-inspired lens has already expired and won’t be put back into circulation,” Snapchat said in an official statement on Wednesday. “Lenses are meant to be playful and never to offend.”

But many Snapchat users were still not satisfied and took to social media to call the company out for “promoting racist Asian stereotypes”.

“Stop it, Snapchat, this is not okay. This Yellow Face filter is not cool,” tweeted actress and celebrity blogger Latrice Butts, who shared a snap of the filter.

Other users like Tansu Philip, reported that they had deleted the app over the filter. “Racist filters are not cute,” she said.

The lens even drew users to make comparisons with US Republican presidential hopeful Donald Trump.

“Yellowface is never playful,” said Reid Robinson in New York City. “Love you Snapchat but you’re acting like Trump – clearly racist and with the maturity of a third grader.”