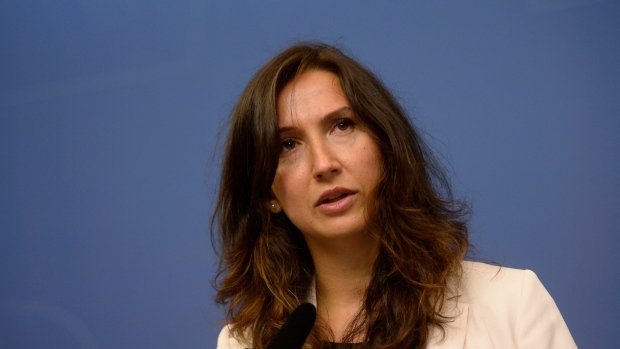 Sweden’s youngest ever government minister, Aida Hadzialic, has resigned after being caught driving over the alcoholic limit.

Hadzialic, 29, is minister for higher education in the centre-left government and Sweden’s first Muslim minister.

She called the drink-driving incident “the greatest mistake of my life”.

Hadzialic, who arrived in Sweden aged five from Bosnia-Hercegovina, drank two glasses of wine before being stopped on the bridge linking Denmark and Sweden.

She faces a possible term of up to six months in prison after police detected a blood-alcohol level of 0.2 grams per litre.

Explaining her error, she said she had drunk one glass of sparkling wine and one of red after a night out in Copenhagen. She set off for Sweden’s southern city of Malmo four hours later.
Image copyright AP
Image caption She was caught drink-driving on the Oresund Bridge
Hadzialic said she thought that would have been enough time for her body to get rid of the alcohol.

Explaining her decision to quit, the Social Democrat told reporters: “I choose to do this because I believe what I have done is that serious.”

For: Swedish education minister quits after being caught driving over alcohol limit