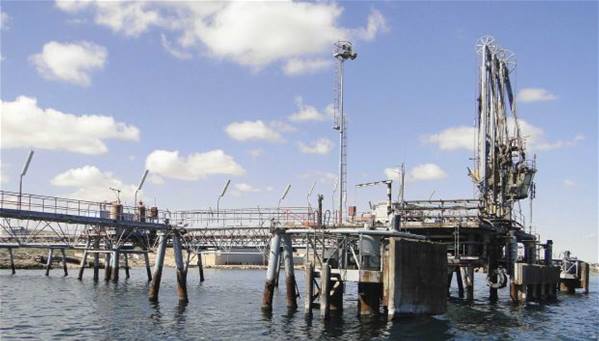 Protests over unpaid salaries from a unit of the Libyan Petroleum Facilities Guard have caused a delay of two shipments of crude oil from the country’s eastern port of Hariga.

Hariga, which has a daily export capacity of 120,000 barrels, is not the only export terminal frozen by the Guard, whose allegiances are as divided as those of the national oil company, which only recently reunited after its two managements decided to forgo their differences in a bid to restore Libya’s oil production and exports.

Hariga was last closed in May, during a dispute between the eastern unit of the National Oil Corporation and the western branch of the company. It reopened relatively quickly and from then until the start of July, exports from the terminal reached 1.5 million barrels. This is close to what Libya’s total daily exports used to be four years ago. Now, the country ships just 300,000 bpd.

Libya has been torn by conflict since the removal of Muammar Gaddafi five years ago. This conflict has had a severe effect on its oil industry, with warring factions blockading oilfields and ports alike. Libya, which has the largest crude oil reserves in Africa, has now become second from the bottom in terms of output among OPEC members.

Now it seems there is a glimmer of hope with the unification of the two NOC branches, as the opponents begin to realize that nobody wins from the blockades. Four ports in eastern Libya remain shut down for now – Es Sider, Zawiya, Ras Lanuf, and Zueitina – but there are hopes they will be reopened soon, after the newly unified NOC said this was its top priority. The combined capacity of the four shuttered terminals is 860,000 bpd