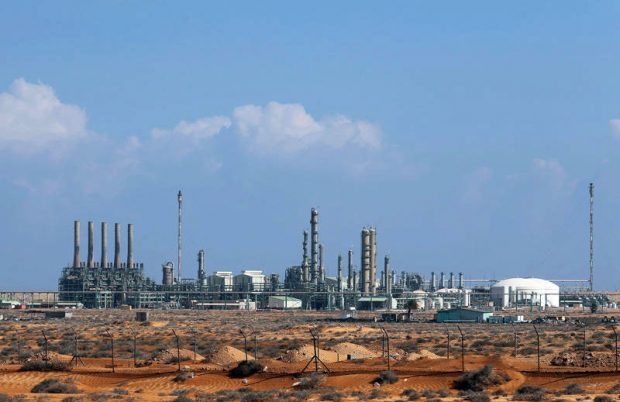 The Head of the UNSMIL, Martin Kobler, called on Saturday all the parties engaged in the fighting at Ras Lanuf and Essidra oil terminals in eastern Libya to show restraint and refrain from fighting in the area.

Kobler tweeted on Saturday calling on all parties to protect civilians and natural resources of the Libyans as well as the oil facilities, asking both clashing parties to cease their fire.

“I, like the PC, condemn escalation at the oil crescent region as it could b perilous to the revenue of the country and hence put millions of Libyans at risk.” Kobler tweeted.

Earlier the Presidential Council issued a statement condemning the clashes in the oil crescent region between the Benghazi Defence Brigades and the forces of Khalifa Haftar’s Operation Dignity, saying it disavows the fighting.

In a statement, the Benghazi Defence Brigade (BDB) called on the relevant authorities to come and assume control of the area where oil terminals are located after beating out what it described as mercenaries and foreign security personnel backing Khalifa Haftar’s Operation Dignity forces, who have been controlling the oil crescent region since last September.

The BDB launched an offensive on the oil terminals on Friday under the name ” Regaining Rights of Benghazi IDPs” and managed to seize control of Ras Lanuf oil terminal.

The BDB also called on the Presidential Council and the National Oil Cooperation to stay neutral regarding the current offensive, which it said was aiming at allowing Benghazi IDPs to return to their homes.

“We will not stay inside the oil crescent region, once we secure it back from Haftar’s mercenaries, we will hand it over to the legitimate official authorities.” The BDB’s statement adds.

On Friday, over five fighters from Operation Dignity were killed and several were injured in the clashes to retake the oil terminals of Ras Lanuf and Essidra from Haftar-led forces by the BDB forces.

The views expressed in Op-Ed pieces are those of the author and do not purport to reflect the opinions or views of Libyan Express.
How to submit an Op-Ed: Libyan Express accepts opinion articles on a wide range of topics. Submissions may be sent to oped@libyanexpress.com. Please include ‘Op-Ed’ in the subject line.
Libyaoil crescentUNSMIL
Share
Submit a Correction
Sign up for our Newsletter.

For: UNSMIL denounces fighting at oil crescent, urges for restraint