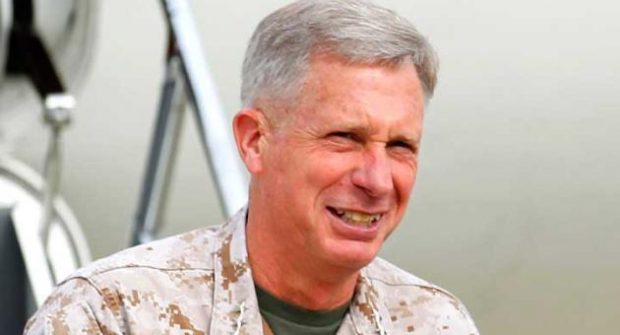 Senior U.S. military officials say the massive airstrikes that killed more than 80 Islamic State militants in southern Libya last month generated critical computer data, documents and information from prisoner interrogations that the U.S. can use to track and target more fighters, according to the Associated Press.

Marine Gen. Thomas Waldhauser, the head of U.S. Africa Command, told The Associated Press in an interview Friday that the U.S. got significant intelligence from the camps after the bombings, adding that “there’s some things we’re working on.” Waldhauser declined to go into detail about intelligence that was gathered.

But a senior U.S. military official described some of the information gathered and said that several Islamic State fighters who survived the Jan. 18th strikes were taken and interrogated by forces from Libya’s Government of National Accord, the Associated Press.

The official said the intelligence collected at the IS camps confirmed that the fighters had direct communication with the core Islamic State group in Syria and provided information about how they move through tunnels in the country. The official was not authorized to discuss the details publicly so spoke on condition of anonymity, AP added.

“We did get some actionable intelligence and we continue to work with that and develop what we can from it,” Waldhauser told The Associated Press at the Munich Security Conference, which began Thursday. “We are watching, we are paying attention to where we can see numbers of them gathering and that is a focus to a large degree of our intelligence development.” 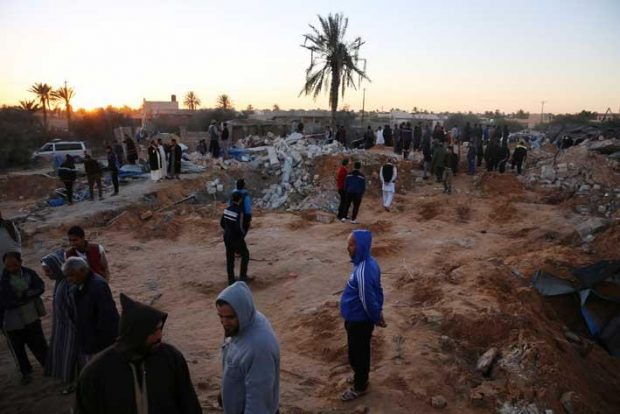 U.S. Air Force B-2 bombers attacked the Islamic State military camps in Libya’s lawless southern region, targeting fighters who former Defense Secretary Ash Carter said “were actively planning operations against our allies in Europe.” The senior U.S. military official said that none of the information appeared to suggest an imminent attack against the west.

The views expressed in Op-Ed pieces are those of the author and do not purport to reflect the opinions or views of Libyan Express.
How to submit an Op-Ed: Libyan Express accepts opinion articles on a wide range of topics. Submissions may be sent to oped@libyanexpress.com. Please include ‘Op-Ed’ in the subject line.
ISLibya
Share
Submit a Correction
Sign up for our Newsletter.

For: US military obtained critical intelligence from January strikes on IS in Libya