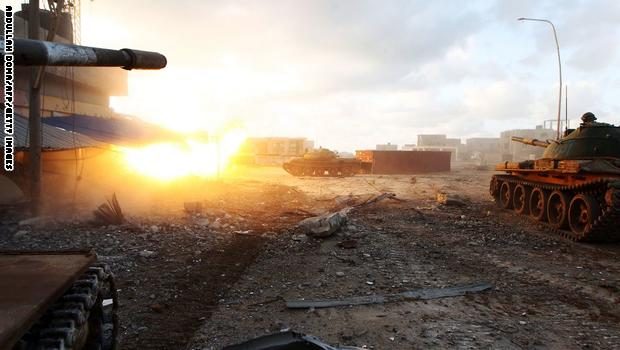 Western ambassadors have called for calm in Libya following bloody clashes between rival factions at the oil terminals.

The envoys from the US, UK and France urged Libya’s warring parties to recognise the authority of the Libyan National Oil Corporation and said that revenues must be channelled to the UN-backed Government of National Accord [GNA] in Tripoli.

The terminals were held by Operation Dignity, a military force headed by Haftar Khalifa – a Gaddafi-era military strongman whose forces dominate eastern Libya.

Haftar’s forces are allied to the Tobruk-based House of Representatives and do not recognise the authority of the GNA.

Due to fighting between factions, the oil terminals had been closed for two years prior to the takeover.

Mustafa Sharksi, leader of the BDB, told reporters in Misrata that he intended to “to rescue Benghazi from Haftar and return displaced families to their homes”.

On Tuesday the BDB handed over the oil terminals to the Oil Petroleum Guard of the Presidential Council of the GNA.