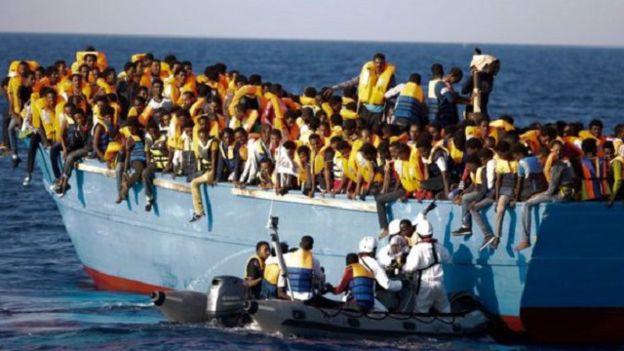 AFP – Rescuers saved some 1,400 migrants off the coast of Libya on Monday as Italy announced a record number of people arriving this year after crossing the Mediterranean, authorities said.

“It was a very difficult day but thanks to the work of the units that helped out, all of the migrants were rescued,” a spokesman for the Italian coast guard, which coordinates the operations, told AFP.

The unseaworthy condition of the migrant boats and the sheer number of people packed onto them make the journey dangerous even in summer, but colder months add increased risk of hypothermia and rough seas.

Authorities in Italy said Monday they had recorded a record number of arrivals by sea this year, with one month still to go in 2016.

The vast majority of the migrants landing in Italy come from Africa and begin their sea crossings from Libya, typically paying traffickers several hundred dollars for the journey.