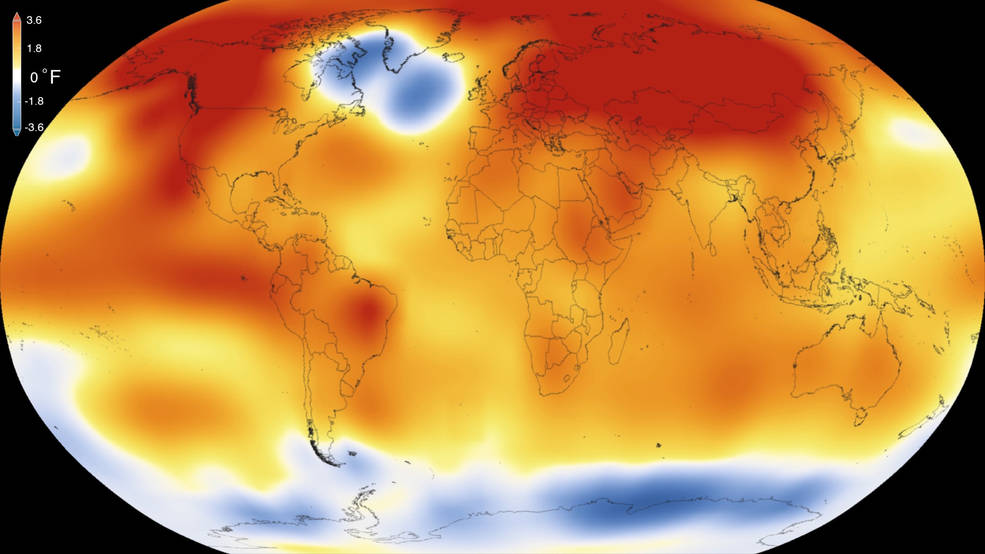 BBC – Temperature data for 2016 shows it is likely to have edged ahead of 2015 as the world’s warmest year.

Data from Nasa and the UK Met Office shows temperatures were about 0.07 degrees Celsius above the 2015 mark.

Although the Met Office increase was within the margin of error, Nasa says that 2016 was the third year in a row to break the record.

The El Niño weather phenomenon played a role, say scientists, but the main factor was human emissions of CO2.

The latest conclusions won’t come as a much of a shock to observers, as the likely outcome was trailed heavily towards the end of last year.

So warm was the early part of 2016 – influenced by a powerful El Niño – that some leading climate scientists were predicting as early as May that a new record was likely.

During an El Niño, a band of unusually warm ocean water develops in parts of the Pacific. The phenomenon affects the climate globally, disrupting weather patterns.

According to Nasa figures, 2016 is now the warmest year in a record that dates back to 1880.