Al-Ghasri: US warplanes are taking out ISIS snipers’ positions 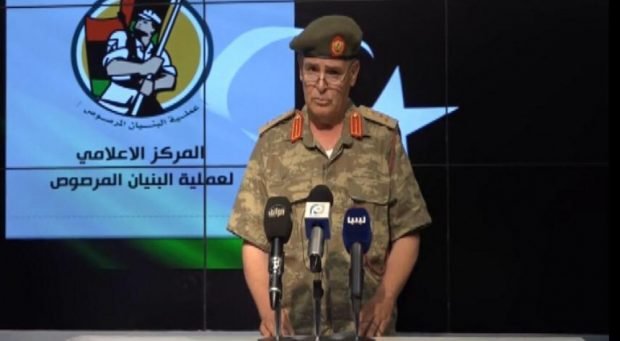 The spokesman of the military operation led by Misurata forces and appointed by the Presidential Council, Al-Bunyan Al-Marsous, Muhammad Al-Ghasri, said US warplanes targeted sone positions of the snipers in the Guest Palaces in Sirte, hitting 14 machine guns that were positioned rooftop the buildings.

Al-Ghasri added Saturday that the US warplanes still have some targets and therefore they are still hovering in the skies of Sirte, pointing out that announcing the last stage of the battle is very soon.

“Since the start of the US airstrikes on ISIS, we have not lost a single fighter because they are very precise and on target as they work professionally and technologically and it is illogical that they would hit a wrong target in the war.” He indicated.

Al-Ghasri also said that it is better for the Dignity Operation spokesman to talk about the war they are waging in the east instead of talking wrong about others, especially that the US negated the spokesman’s false information and showed the ISIS tank its aircraft targeted.

Earlier, the Dignity Operation’s spokesman said the US warplanes targeted a position for AL-Bunyan Al-Marsous instead of ISIS.

For: Al-Ghasri: US warplanes are taking out ISIS snipers’ positions