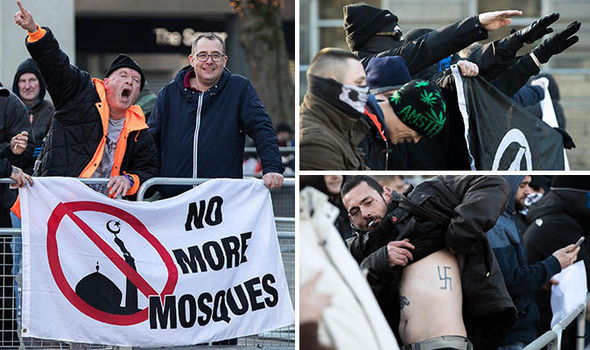 Unidentified attackers burst into a Stockholm mosque, just after morning prayers on Saturday, spray-painting swastikas and hate speech on the walls and throwing firecrackers, police said.

All of the worshipers had left the mosque in Bredäng in southern Stockholm at the time of the attack except one, and he was shaken but unharmed, mosque officials told Swedish news agency TT. The attackers sprayed the words “kill Muslims” on the walls next to swastikas.

Police said they were investigating the incident as vandalism and a hate crime. No arrests had been made several hours after the attack.

“This is not something one would expect… It’s hard to understand what is going on in society, both internationally and in our own country. I don’t recognise Sweden anymore,” Mustafa Tumturk, a representative of Stockholm’s Muslim community and one of the founders of the mosque in 1985, told TT, the Local Sweden reported.