Apple launches iOS 11; here is a glimpse at the features

It’s the big one, Apple AAPL -1.7% iOS 11 is here. Following Apple’s unveiling of the new iPhone 8, iPhone 8 Plus and all new iPhone X, is perhaps the most ambitious iOS update yet and not only is it jammed full of new features but many great secret features as well. 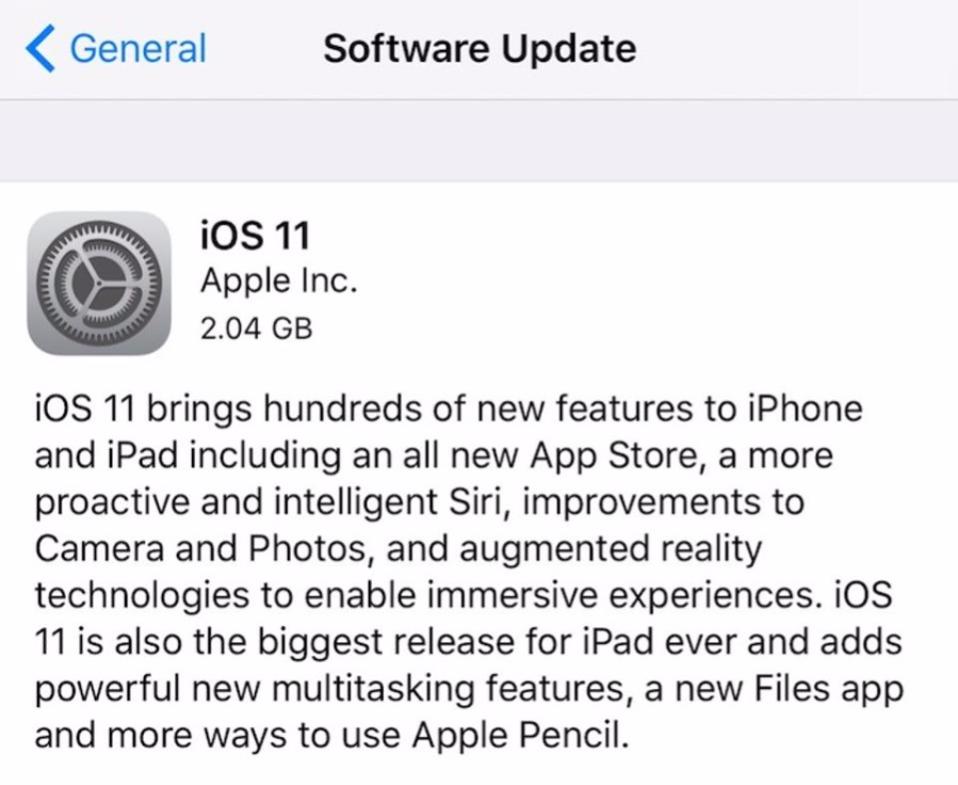 Apple iOS 11 brings a lot of new features, many of which are hidden

One-handed keyboard – iPads have long had this feature, but in iOS 11 iPhone users can hold down the globe keyboard button and a mini keyboard will appear which can be attached to the left or right side of the display.

iPad extra symbols – Hitting the shift key has long brought up alternative symbols and numbers, but now further alternatives can be accessed by pulling down on the shift key.

Apple iOS 11 brings swipe down shortcuts to the keyboard

Type to Siri – Not everyone wants to talk to Siri and now you can hack an Accessibility feature which allows you to type your question. Settings -> General -> Accessibility -> Siri -> Type to Siri. Next time you prompt Siri a keyboard will appear.

Siri Translation – Siri now supports spoken translation like Google Assistant. Simply ask “How to say [language] in [different language] and you will get a spoken and written answer. English, French, German, Italian, Mandarin Chinese and Spanish are initially supported. 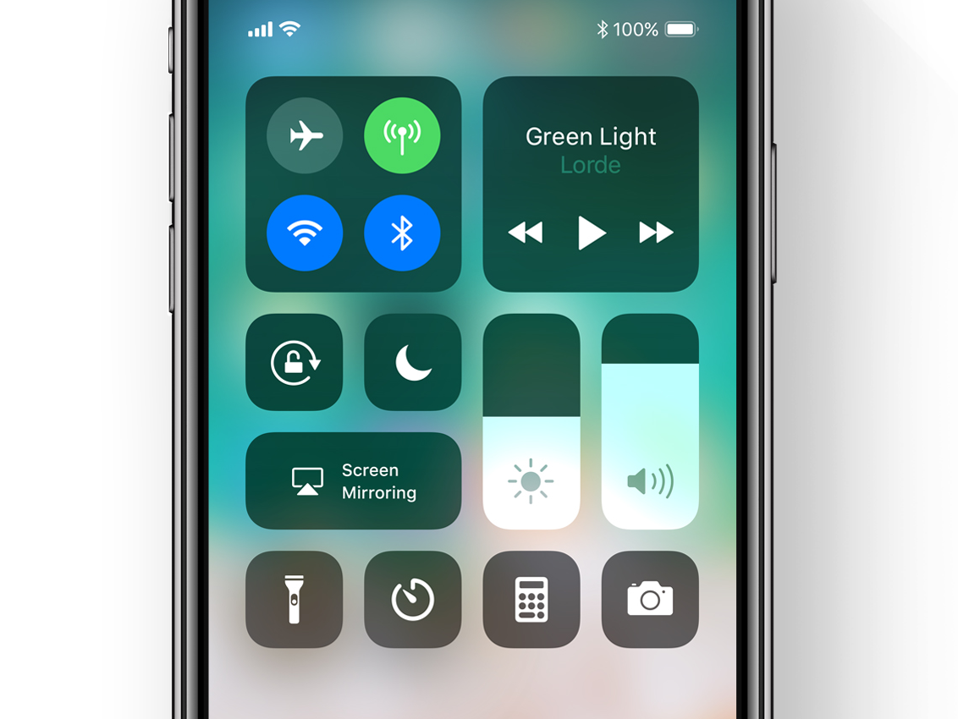 Long Press Support – Previously 3D Touch was the only way to get quick access to contextual options in Control Centre, but now these can be opened via a long press. For example long press on the torch icon and you can adjust its brightness.

One Handed Zoom – A long established feature in Android with Google Maps, now iOS 11 similarly allows you to double tap on Apple Maps and if you keep your finger held to the screen on the second tap swiping up and down will zoom in and out. Useful when on the move.

Flyover Mode – Select 3D View and then a popular city and choose the Flyover option. With this enabled in iOS 11 you can now flyover the city just by moving around – a kind of simplified AR. 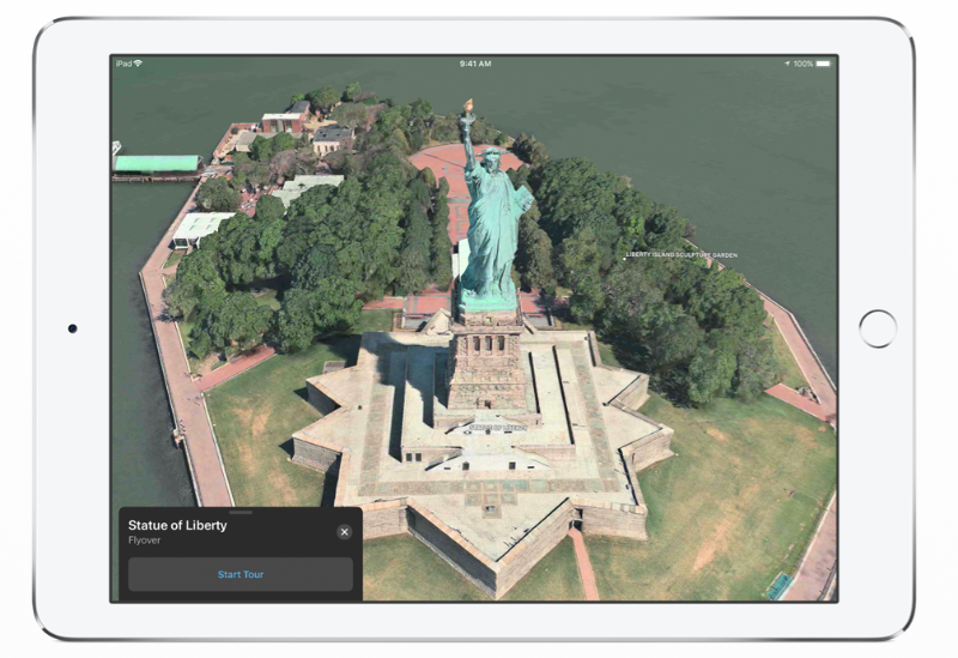 Quick Password Sharing – When two iOS devices are running iOS 11 in close proximity but only one is connected to WiFi that device will get a prompt to share the password if the other user tries to connect. Agree and the user is immediately connected without typing anything.

QR Code Support – Automatic detection of QR codes is now supported just by opening your camera and pointing it at one. Say goodbye to all those third party QR code apps.

Leveling Tool – Navigate to Settings -> Camera and switch on ‘Grid’, now when the camera is taking a photo of something directly below it two + icons will appear. Line those up and the image will be exactly level before you take your shot.

Live Photo Editing – Open a Live Photo, tap Edit and mute the video, look for the video preview at the bottom and you can trim it just like you would a normal video by dragging the sliders from either end. You can also swipe up on a Live Photo to add Bounce, Loop and Long Exposure effects. 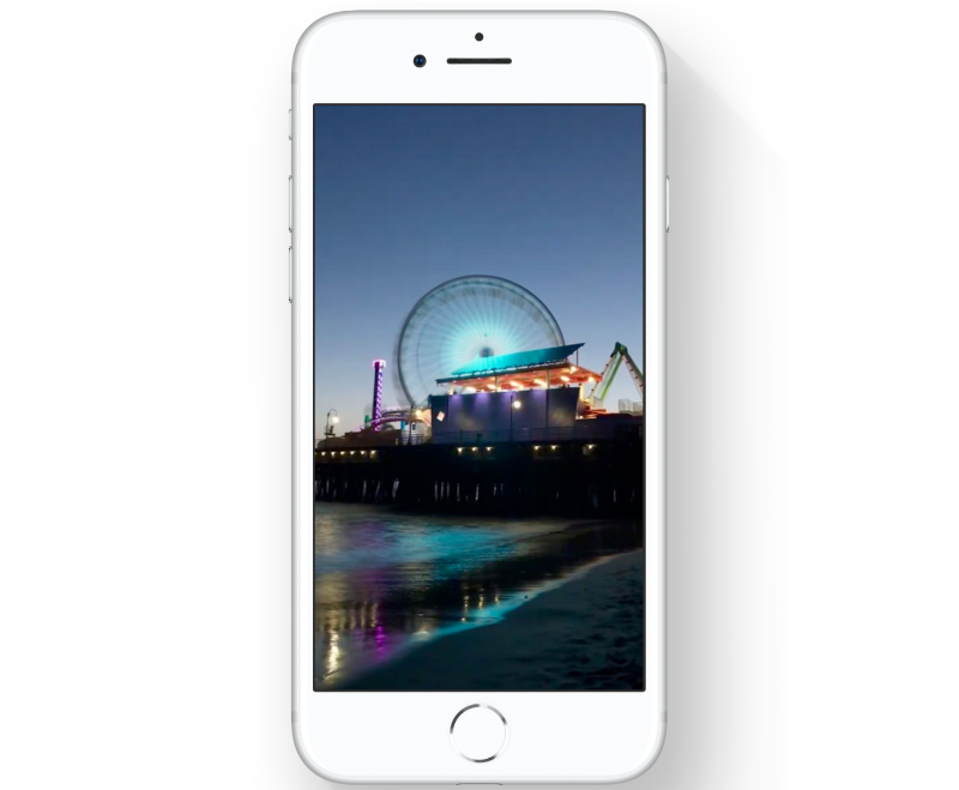 Live Photos In FaceTime – If both FaceTime callers have iOS 11 a shutter button shows up during FaceTime calls. Pressing it records a shot Live Photo. Note the other caller is notified about this.

Screen Recording – A new option for the Control Center, when toggled this will capture whatever is happening on your screen until you tell it to stop (this can be done with or without audio). A particularly great feature for instructional videos and tech support.

Screenshots And Edits – Options to re-crop and markup your screenshots will now appear straight after they are taken, saving you the hassle of diving back into your camera roll first.

Additional Privacy – In Settings navigate to Safari and you’ll see a ‘Try to Prevent Cross-Site Tracking’ option. This stops ads following you from site to site, it is enabled by default.

Automatic Reader Mode – Long press the Reader button and the options ‘Use on this site’ and ‘Use on all sites’ appear. Select one and the site will always automatically load in Reader mode.

Flight Status – In iOS 11 flight information is grabbed automatically from your emails and calendar and can be kept visible in Safari or a Spotlight widget. 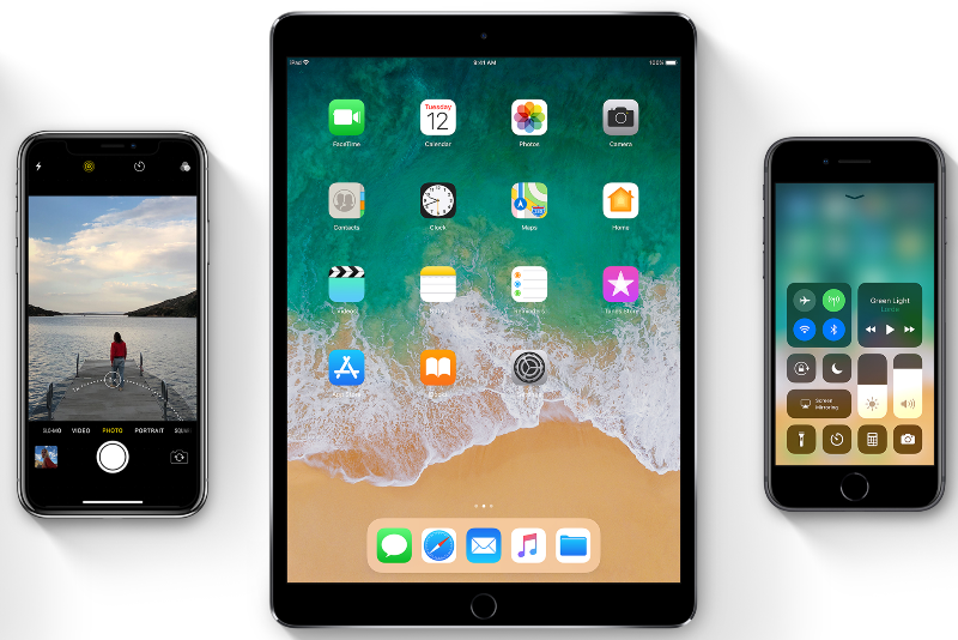 Recommendations – In Settings ‘Storage and iCloud Usage’ has been renamed ‘iPhone/iPad Storage’ and it offers recommendations for saving space with options such as auto deleting old conversations, removing large iMessage attachments and storing messages in iCloud.

Auto App Removal – Go to Settings -> General -> iPhone Storage and iOS 11 gives you the option to automatically delete lesser used apps when low on storage. All data and settings are saved so nothing is lost and the app will return when storage is freed up.

iPhone Drag and Drop –  Widely marketed as iPad feature, this actually works on the iPhone in the Files and Notes app among others. Until all apps support this, however, finding what does and doesn’t work takes time.

Multi App Dragging – Tap and hold an app until it wiggles and you can now select multiple apps at the same time and then drag them all to a new screen or folder. Great for quick organisation. 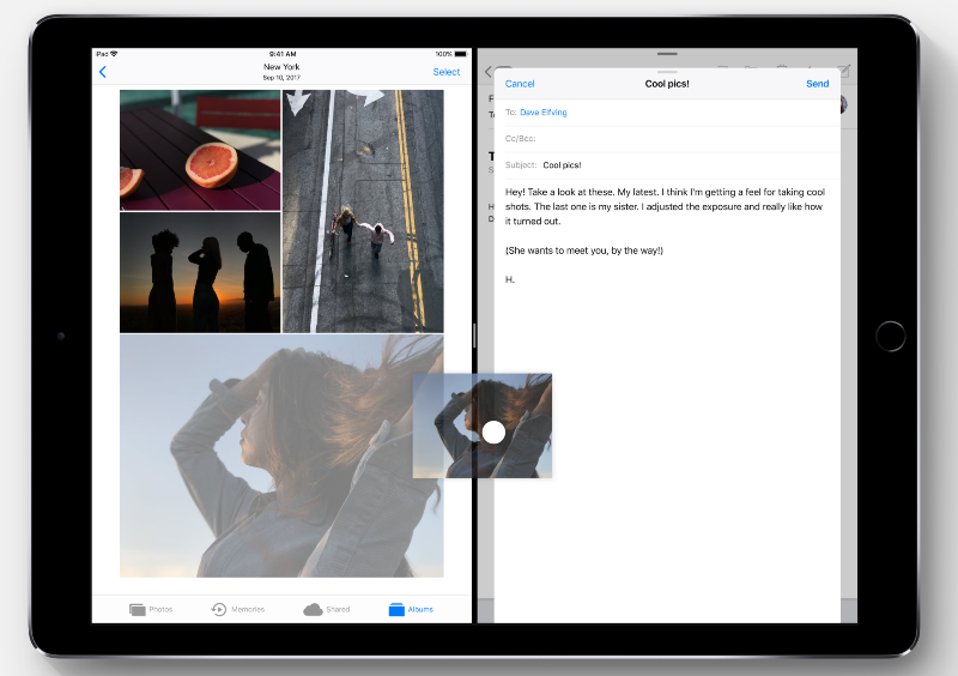 Drag and Drop is listed in iOS 11 for iPad only, but it can be used on iPhone

SOS – If you go to the Phone section of Settings an ‘Auto Call’ option exists which will dial 911 if the Sleep / Wake / Power button is pressed quickly five times.

Auto Answer – Not many users will want this enabled, but if you suffer from a disability it could prove vital. Go to Settings -> General -> Accessibility -> Call Audio Routing -> Auto-Answer Calls and you can set a time period of up to 60 seconds by when calls will be answered automatically.

Two more I have found:

Flac Support – The Files app unofficially supports playback of high quality FLAC lossless audio files. Store them in Files or in anywhere Files can access (iCloud, Dropbox, Box, Google Drive etc) and it will play them when opened.

For: Apple launches iOS 11; here is a glimpse at the features