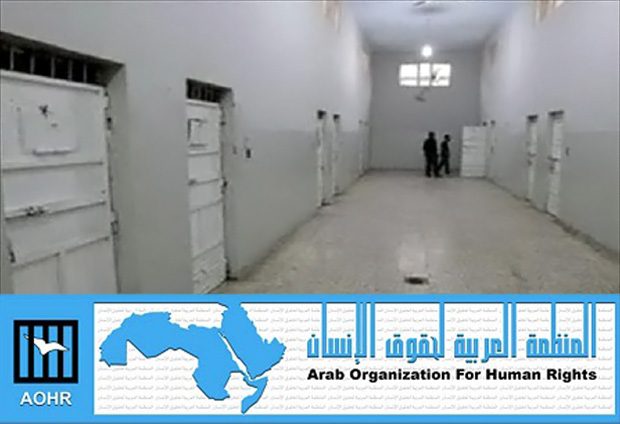 The Arab Organisation for Human Rights (AOHR) has warned of a looming outbreak of contagious cutaneous conditions at Tripoli-based Mitiga and Al-Ruwaimi prisons as well as inside 19 migration shelter centres in Libya.

On Sunday, the AOHR said that Mitiga prison, which is run by the Sepcial Deterrence Force, has about 900 inmates while in fact it is a very old-built premises that doesn’t comply with the standards put for founding prisons.

“The cells in the prison had been divided in a very uncomfortable and incorrect manner, which led eventually to the outbreak of cutaneous conditions among the inmates.” AOHR stated in its report about the prison.

Likewise, the AOHR had reported other cutaneous conditions in Al-Ruwaimi prison, which is run by the judicial authorities in Tripoli.

It also reported that there were many immigrants who came down with cutaneous conditions inside the Libyan shelter centres for migrants, who amount to 6 thousand.

“We have contacted the UN-brokered Government of National Accord (GNA) and the UNSMIL to interfere and help soothe the hazardous medical and health situations in the migration centres and the two prisons in Tripoli to avoid health disasters.” The AOHR added.

On the other hand, a source from Al-Ruwaimi prison denied to Ajwa Net the existence of any cutaneous conditions inside the prison, adding that some inmates have contracted some sort of skin allergies and are now being treated inside the prison’s infirmary.

“All of the prisoners have had vaccinations to protect them from certain diseases over the last period of time.” The sources, who preferred to remain unnamed added.

However, another source from Al-Ruwaimi prison complained about the shortage of cutaneous condition medicines inside the prison, pointing out that in the past, the prison medical department used to be supplied with medicines from Tajoura Hospital for cutaneous conditions, but since the hospital is suffering from shortages now, the supplies have ceased.

A report by the Ministry of Justice in the eastern Al-Thinni government said in May 2015 that cutaneous conditions in Tripoli prisons had reached 542 at the time, calling on international and national organisations to interfere to stop the outbreak of the diseases inside prisons.

Nonetheless, officials at Mitiga and Hadba prisons refuted Al-Thinni government’s allegations at the time and said they were everything but true.

For: Arab Organisation for Human Rights warns of cutaneous conditions in Tripoli prisons and migration shelters