At least 7 people were killed in tribal clashes in Sabha 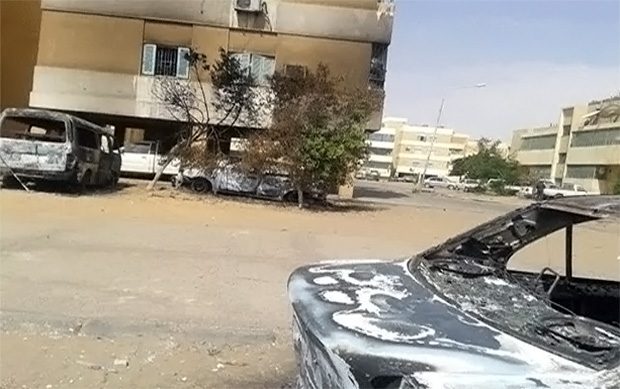 Clashes between tribal armed groups in Libya’s southern city, Sabha, erupted on Friday killing over 7 people and injuring at least 25 others.

The Sabha Medical Center declared the state of emergency calling on all medical staff to be present to help treat the casualties, said the spokesman of the center, Osama Al-Wafi.

“Some of the injuries that arrived at the center need urgent surgeries, however; the center has not got the needed medical staff and equipment for such operations.” Al-Wafi added.

The clashes took place Friday morning in Al-Minshiya district, Sabha, and gunmen were reported seen in every corner on the streets, most of which had been closed.

“Some families have started to flee the clashes areas in the city as gunmen have been spread all over the residential areas.” Sources from the city reported.

The member of the Sabha municipality, Ibrahim Mehrez, said they contacted the notables and elders of the two warring tribes to reach a ceasefire, adding that there might be a truce soon on Saturday.

For: At least 7 people were killed in tribal clashes in Sabha