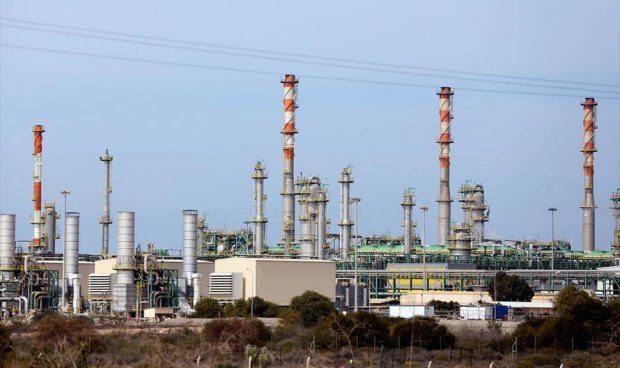 The oil deal struck between the two rival National Oil Corporations in the west and east will not see the oil output soar in an overnight as Libya is still suffering from deeply-rooted war and division among the armed factions, especially those in control of the oil crescent area, where most of the oil fields and ports exist, Bloomberg reported Tuesday.

“Libya is still suffering from severe fragmentation on all levels despite the arrival of the UN-backed Government of National Accord to the capital, yet outside the capital things don’t look that settling for an oil production to soar any soon.” The American News Network added.

On Saturday, the heads of the rival National Oil Corporations (NOC) in Libya have agreed to a unified structure with just one NOC. The move will be welcomed by the oil industry and could lead to a quick increase in production.

The rival oil officials agreed in principle to unify the oil sector in May, but the agreement on the structure and leadership of a joint group took weeks of meetings to iron out.

The agreement sees Mustafa Sanalla, who was chair of the Tripoli-based NOC remain as chair. The head of the eastern-based NOC Naji al-Malghrabi will serve as a board member of the new NOC.