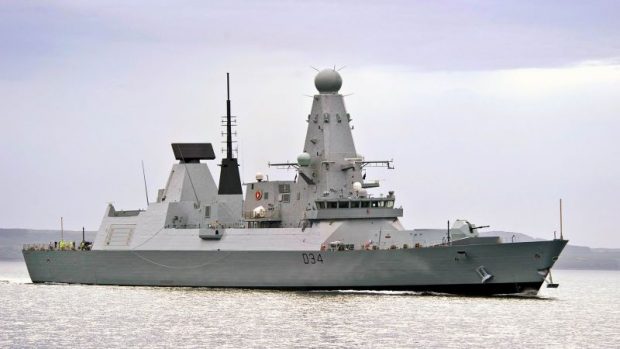 A British warship will arrive off the Libyan coast in the next few days in a dramatic attempt to intercept and arrest people smugglers as the flow of migrants trying to cross the Mediterranean for Italy reaches record levels.

The unprecedented and risky intervention comes as Europe steps up its efforts to deal with the growing crisis, which has seen Libya become the primary route for migrants, following the closure of Greece’s borders to refugees last spring. The smugglers last week sent record numbers of migrants to sea, with more than 13,000 people being picked up by charity rescue boats and the Italian coastguard.

At least 100,000 men, women and children have crossed the sea to Italy from north Africa since the start of the year, leading to more than 3,100 deaths from drowning. But fewer than 100 traffickers have been arrested in international waters.

HMS Diamond, a Type-45 destroyer equipped with a 4.5-inch gun, missiles and fast-firing cannon, will join an EU flotilla, Operation Sophia, tasked with catching smugglers at sea. Formal authorisation for the mission was given by Brussels in June. Last week the mission was widened to include intercepting weapons traffickers and training Libya’s coastguard.

For: British warship Diamond arrives off Libya’s coast in a smugglers’ interception mission