The most powerful Caribbean hurricane in nearly a decade has left thousands of people displaced in Haiti, with officials struggling to reach the worst-hit areas.

Hurricane Matthew is said to have devastated parts of the country, where at least two people have died.

The storm has now moved off the north-eastern coast of Cuba towards Florida, where warnings are in place.

South Carolina is to start evacuating more than a million people.
Matthew, now a category three hurricane, is predicted to hit the US east coast later in the week. 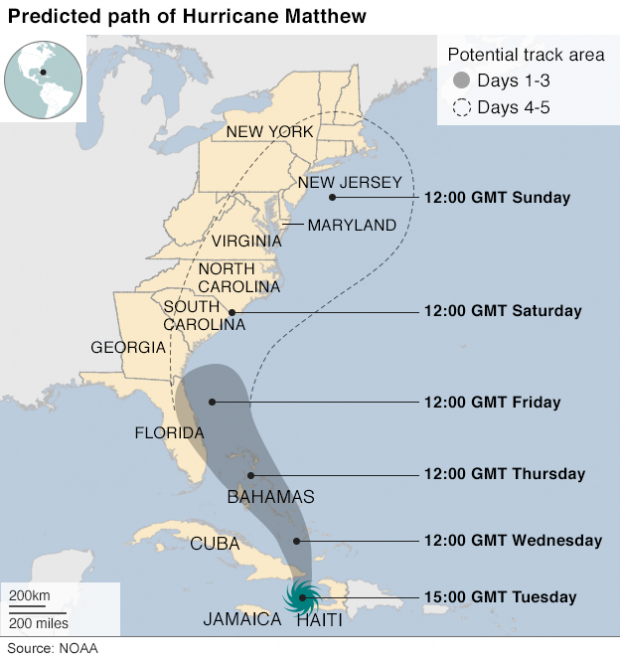 The hurricane also hit Cuba, but early reports suggested it is impact was not as hard as in Haiti, where there were winds of 230km/h (145mph), heavy rain and dangerous storm surges.

At least 10,000 people were in shelters and there were reports of overcrowded hospitals suffering shortages of fresh water, Mourad Wahba, the UN special representative for Haiti, said.