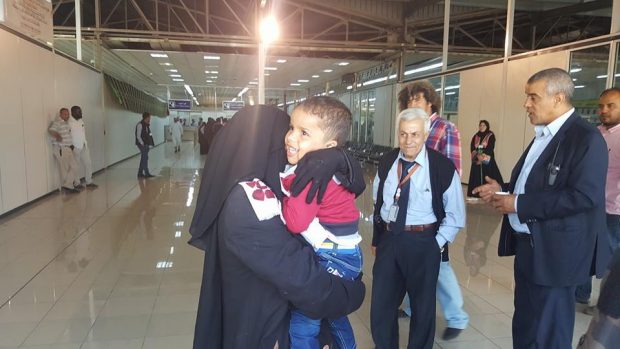 A child named Abulfattah Al-Awamy, made a journey on his own from Libya to Tunisia all by mistake. The child was with his mother, who together with him was waiting to check in and head to the waiting lounge before her Toburk-bound flight takes off.

However, when in the waiting lounge, the child disappeared from his mother’s sight, when she thought, after scouring the whole room with the airport personnel for him, he was kidnapped as it is the fashion of the day nowadays in Libya.

Meanwhile, Abdulfattah was not abducted but he strutted bravely in the line of passengers of the Sfax-bound flight to Tunisia, passed through the waiting lounge, to the departure hall, and all the way to aboard the plane, without notice of security personnel, flight crew or his mum.

When aboard, the mum thought he was kidnapped, however, hours later the pilot of the flight the kid was on, informed the Mitiga airport in Tripoli that there was a lost child on board and will bring him back to Libya later.

On Monday evening, Abdulfattah arrived back in Mitiga Airport to his mum’s arms after making an adventure so similar to the cartoons he watches on TV, only due to negligence of both his mum and the Mitiga airport’s personnel.

For: Child who accidentally traveled to Tunisia alone returns to his mum’s arms