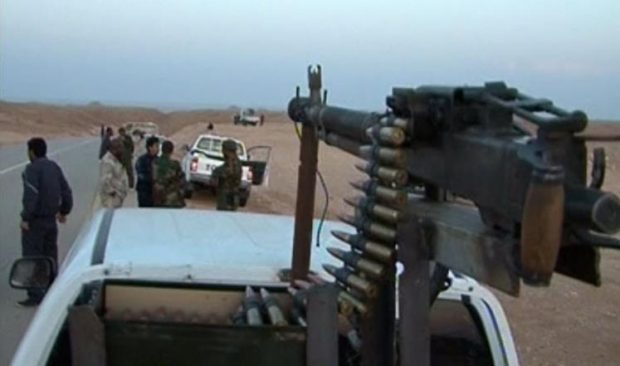 Fighting has toughened in the surrounding areas of Gweret Al-Mal in northern Sabha in Libya’s south between the Third Force, which is tasked to secure the south by the Government of National Accord,  and Brigade 12 Infantry led by Mohammed Ben Nayel.

Ben Nayel is leading this war under the command of Khalifa Haftar’s Operation Dignity.

Ben Nayel was a military man in the time of Gaddafi regime, then he was captured in 2014-2015 by the Third Force in the south, but later he was released after mediation. His war on the Third force nowadays is double interest. He wants to revenge on his prisoners- the Third Force – and he wants to show loyalty to his fellow military man, Khalifa Haftar, according to analysts.

Residents of Barak Al-Shati said the area of clashes is blocked and the fleeing residents from there were prevented from getting out of the district towards Sabha.

“Fazzan locals must be wise and decide to renounce war and violence.” Municipal member of Gerda Al-Shati said Monday.

7 Jul 2019
Sign up for our newsletter
Sign up here and get more of Libyan Express delivered weekly straight to your inbox.
You can unsubscribe at any time
Poll
Weather
21° 11°