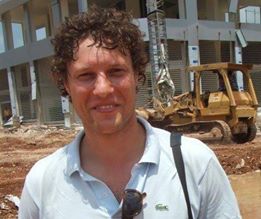 The media office of Al-Bunyan Al-Marsous has revealed that its forces lost 8 fighters in the fight on the outskirts of neighborhood 3 in Sirte against IS militants Sunday, in addition to more than 50 injuries.

The media office confirmed also that a Dutch photographer journalist, Jeroen Oerlemans , was killed in the clashes today.

Akram Gliwan, the spokesman of Misurata Central Hospital, told AFP that photographer Jeroen Oerlemans was “shot in the chest by an IS sniper while covering battles in Sirte” 450 kilometres (280 miles) east of Tripoli.

Libyan forces of Al-Bunyan Al-Marsous resumed attacks on Sunday against IS militants, who are currently trapped in their former stronghold of Sirte – specifically inside neighborhood 3 – losing at least six of their fighters, according to a field hospital casualty list.

The list named six killed fighters, three of them from the city of Misurata.

In the morning, Libyan forces’ fighter aircraft carried out 6 airstrikes on IS militants in Sirte paving the way for infantry troops to advance into final spots in neighbourhood 3.
Reports from Al-Bunyan Al-Marsous said about 10 IS terrorists were killed in Sunday attacks too.