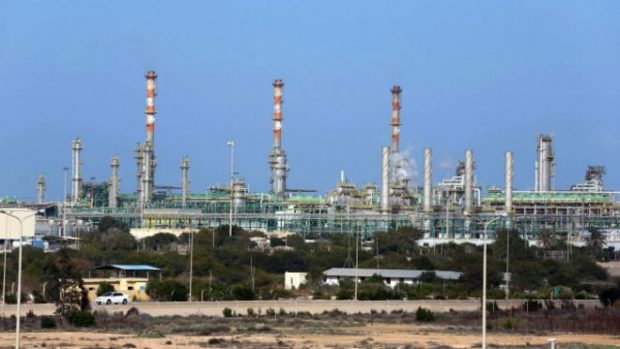 Reuters – An oil tanker docked at the east Libyan port of Es Sider on Monday to load the first cargo of crude since the terminal reopened following a two-year closure, port officials said.

Es Sider, Libya’s biggest export terminal, had been shut due to a blockade by a military faction since 2014. It reopened in mid September, but repairs were needed before tankers could load at the port, and its capacity remains far below its pre-conflict level of 350,000 barrels per day (bpd).

Es Sider is one of four ports seized in September by forces loyal to east Libyan commander Khalifa Haftar, which allowed Libya’s National Oil Corporation (NOC) to reopen them, doubling national production to about 600,000 barrels per day (bpd).

Libya’s oil production has been slashed by political disputes and armed conflict in recent years, and is one of two members of the Organization of the Petroleum Exporting Countries (OPEC) that is not bound by the bloc’s pledge to cut oil production by about 1.2 billion bpd during the first half of 2017.

The North African country’s output remains well below the more than 1.6 million bpd it was producing before a 2011 uprising.

The tanker that docked at Es Sider, the Alicante, is due to start loading 600,000 barrels of oil for export to Italy on Tuesday, two port officials said. A second tanker is expected to load before the end of the month.

Es Sider was badly damaged in several rounds of fighting and by attacks by Islamic State. In recent weeks the NOC has been loading the Es Sider crude grade, produced by joint venture Waha Oil Co, from the neighboring port of Ras Lanuf.

The return of oil tankers to Es Sider comes after claims of a deal to reopen a pipeline leading from two major fields in western Libya last week failed to result in any restart of production.

The NOC has not commented officially on the claims, which came after long negotiations to end a two-year blockade. It is unclear if factions around the western town of Rayana are prepared to allow oil to flow through the pipeline, or whether armed groups present at the southern Sharara and El Feel fields will allow pumping to resume.