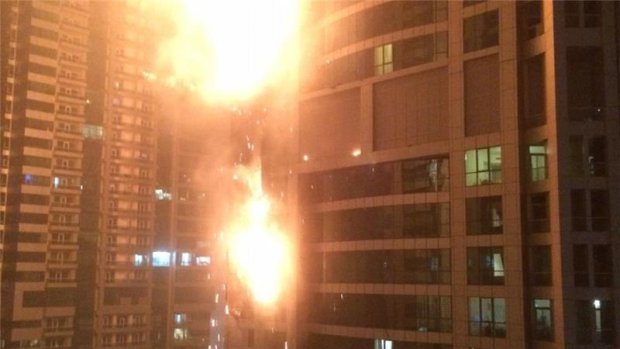 A fire has engulfed more than 30 storeys of a residential skyscraper in Dubai, but there are no reports of any casualties.

Firefighters tackled the blaze at the 75-storey Sulafa tower in the built-up Marina district, while burning debris floated to the ground.

Residents have been asked to leave the building. The cause of the fire is not yet clear.

The government tweeted that it took less than three hours to put it out.

There have been fires in multiple buildings in Dubai in recent years.

The United Arab Emirates revised a safety code in 2013 so that new buildings over 15m (50ft) tall must have fire-resistant exterior cladding, but the rule does not apply to older buildings.

Neighbour Nora Maki told the Associated Press news agency that the flames “spread like wildfire” but firefighters did “an amazing job” getting them under control.