Fitness trackers “have nothing to do with weight loss”, research suggests 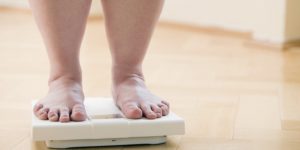 Wearing an activity device that counts how many steps you have taken does not appear to improve the chances of losing weight, research suggests.

The two-year long study in the Journal of the American Medical Association (JAMA) included nearly 500 overweight volunteers who were asked to diet and take more exercise.

Half were given a fitness tracker to help them keep tabs.
This group had lost less weight than the other one by the end of the trial.

The study authors say this does not mean people should ditch the technology altogether, but neither should they put too much faith in them, at least as a slimming aid.

Manufacturers say that the technology has moved on since the study, and that their own research suggests activity trackers can help with weight loss alongside diet and exercise regimes.

Despite the popularity of activity trackers, there have been very few studies to see what actual impact they have on weight and fitness levels.

The University of Pittsburgh research is one of the first randomised trials to gather such evidence.

The investigators found that over the course of the study, the volunteers who wore the fitness trackers had lost, on average, about 8lb (3.6kg).

In comparison, the control group that were not given these devices lost about 13lb (5.9kg).

For: Fitness trackers “have nothing to do with weight loss”, research suggests