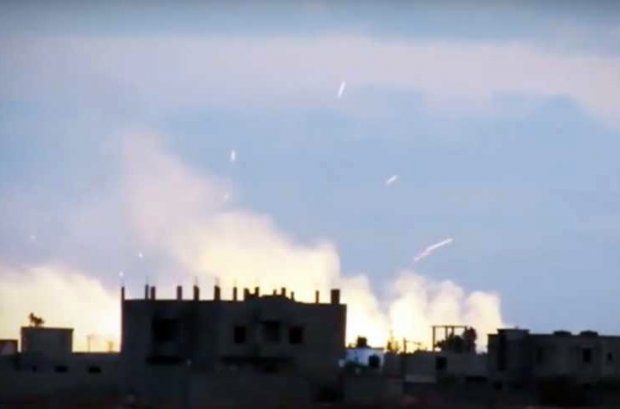 According to the Benghazi Shura Council sources, seven airstrikes were conducted on Ganfudah district in Benghazi on Saturday.

The sources added that Khalifa Haftar’s Operation Dignity forces also shelled the residential area in Ganfudah without mentioning if there were any casualties.

Haftar announced his Operation Dignity in May 2014. Now after more than two years and a half period of war and destruction, his forces are still committing crimes and besieging civilians in the name of fighting terrorism.

Many reports scandalized both French and UAE intervention in the Libyan affairs as both are supporting Haftar’s Operation Dignity on the ground in Benghazi.

The UAE has set up a military base for the help of Haftar’s forces in Al-Marj city in the east and French military troops have been seen there on the ground.

A couple of months ago, three French troops were killed when their chopper was shot down in Benghazi during a highly confidential mission, according to the French President, Fransois Holande.