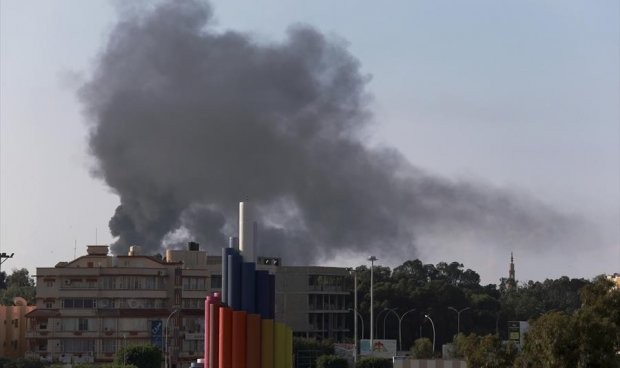 Four Bangladeshi nationals have been killed by militia group in Benghazi of Libya.

Muhammad Mozammel Haque, counsellor (political), Embassy of Bangladesh in Libya, told the Dhaka Tribune that armed militia group asked a group of Bangladeshi expatriates to stop while they were crossing Gaursha area of Benghazi on Saturday night.

“Some of them ran in fear, militia group then opened fire on them, leaving four Bangladeshis dead.”

They are Hasan of Jessore, Abdur Rahim of Rajbari, Humayun Kabir, of Jhenaidah or Mymensingh and one unknown.

The bodies were kept in Benghazi Medical College Hospital, said the official.

Bangladeshi staffs working in the hospital also confirmed the deaths, he added.

“We are in touch with the friends of the deceased to send back the bodies to home,” said Mozammel.

Some 20,000-25,000 Bangladeshis are living in Libya. A good number of them are working in Benghazi, he continued.

Benghazi is disconnected with Libya since second spate of civil war which started in July 2014. Fierce fighting is still going on there.

On Sunday afternoon, State Minister for Foreign Affairs Shahriar Alam confirmed the deaths in a post on his official Facebook page.

For: Four Bangladeshis killed in cold-blood in Benghazi fights