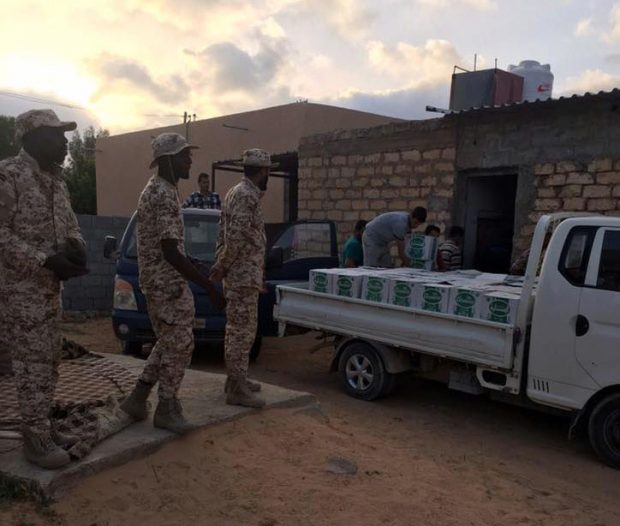 Gas and Fuel Crisis Commission and Brigade 301 Infantry toured on Monday the hub of goods stores in Kraimiya, Tripoli to check whether the imported commodities have been distributed in the markets or not by the wholesalers.

The Head of the commission, Milad Al-Hajrasi, was seen in a video reprimanding wholesalers for bad storing habits and unjustifiable delay in putting the goods out in the markets before the coming of Ramadan.

“You have obtained letters of credit from the Central Bank of Libya to buy cheap goods and then bring them to Libya and sell them with affordable prices, why are you still storing the goods and foods in here.” Al-Hajrasi lashed out at one of the stores’ owners in Kraimiya.

The commission said on its official Facebook page that the wholesalers have 24 hours to distribute the goods in the markets or else the goods will be seized and distributed to the citizens for free.

It also warned the businessmen who own the stores that Brigade 301 Infantry personnel are ringing in the whole Kraimiya district to foil any attempts to smuggle the goods out of the stores at night.

“Those goods are for the citizens and must be put out in the markets to alleviate the suffering of the people before Ramadan.” The Gas and Fuel Crisis Commission added.

For: Gas and Fuel Crisis Commission gives 24 hours for wholesalers to spread stored goods in markets