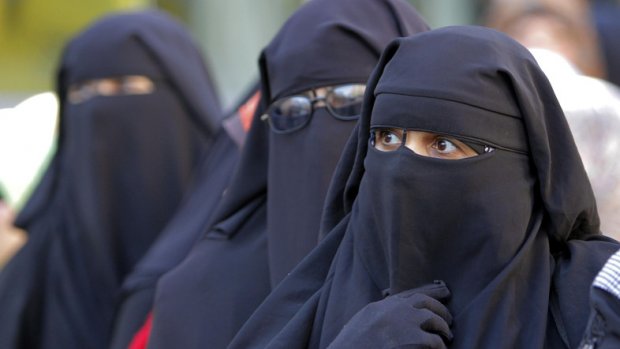 Germany’s interior minister will back plans to ban the burka as part of a raft of anti-terror measures, local media say.

He is due to announce some ideas on Thursday, and back some ideas from ministers in his party next week.

There have been repeated attacks in German cities recently, some of them related to Islamist terror.

In July, an axe-wielding teenager from Afghanistan injured five people on a train in Wuerzburg before he was shot dead by police.

The same month, a failed asylum seeker from Syria killed himself and injured 15 people when he set off a bomb outside a music festival in Ansbach.

Both attacks were claimed by the so-called Islamic State group.

The burka is a strict Muslim veil for women that covers the full head and body. Not many people in Germany wear it.

The country has very few restrictions on people’s dress. A committee of the government issued a report in 2012 saying it would be unconstitutional to ban the full burka or the niqab facial veil.

But there are some exceptions. For instance, it is illegal to cover your face in a football stadium in Germany.

Burka bans exist in other parts of Europe, notably France, Belgium and some towns in Italy.

For: Germany mulls over slamming ban on burka