GNA and CBL agree to coordinate to overcome economic downslide 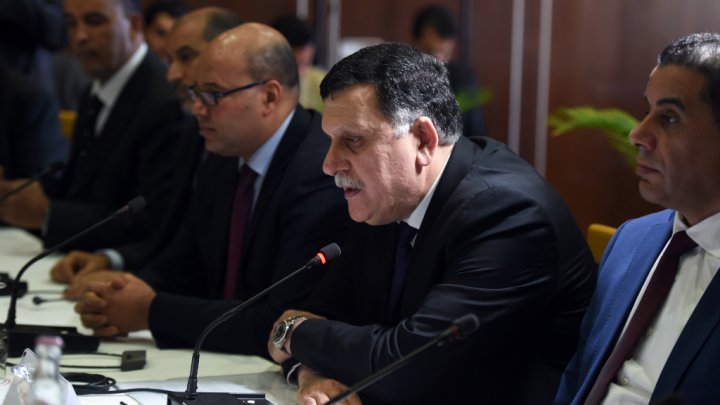 The Middle East Monitor – Libya’s Government of National Accord (GNA) and central bank in Tripoli say they have agreed to work together to tackle urgent economic problems in 2017, creating a potential lifeline for the UN-backed GNA.

The government has struggled to extend its authority since arriving in Tripoli in March, hampered by its lack of control over public finances.

The GNA was created to reconcile rival governments set up in Tripoli and the east of Libya in 2014 and to end a conflict between their armed supporters, but it has faced resistance from various factions.

The central bank has been reluctant to release public funding before the GNA wins endorsement from Libya’s Tobruk-based House of Representatives, which it has so far failed to obtain.

With no hope of parliamentary approval for budgets, the GNA has been forced to seek installments of emergency funding.

There have also been disagreements over how to tackle problems including a liquidity crisis, inflation, a widening black market exchange rate premium and a huge public deficit.

The GNA said in a statement yesterday that after meetings with the central bank, the Audit Bureau and the National Oil Corporation (NOC), 37 billion Libyan dinars ($25.7 billion) of public spending had been agreed for next year.

That includes 20.7 billion dinars to cover public salaries and 6.3 billion dinars for basic public goods and services and fuel subsidies, the statement said.

“It was agreed to start taking a number of operational steps that can contribute to meeting essential and basic needs, to reduce the suffering of citizens and restore confidence in the banking sector to provide liquidity,” the Central Bank said in a separate statement released on Thursday.

“The Central Bank of Libya hopes that this will mark the beginning of a breakthrough in the crisis, and that all parties implement the necessary measures in a timely manner, within law and with transparency.”

The GNA faces huge challenges in Tripoli, where real power is held by a patchwork of militias with shifting allegiances, and where the self-declared government it tried to replace has been attempting to make a comeback.

The GNA is also opposed by eastern power-brokers allied to military commander Khalifa Haftar, who has made territorial gains in eastern and central Libya this year and threatened to move on Tripoli.

Breakaway branches of the Central Bank and the NOC continue to operate in the east, though they have no control over the oil sales and revenues on which Libya is almost entirely dependent.

Oil production is still far below the 1.6 million barrels per day (bpd) Libya was producing before its 2011 uprising, but since September output has more than doubled to over 600,000 bpd. It is expected to rise further after the lifting of a two-year blockade on major western pipelines earlier this month.

For: GNA and CBL agree to coordinate to overcome economic downslide