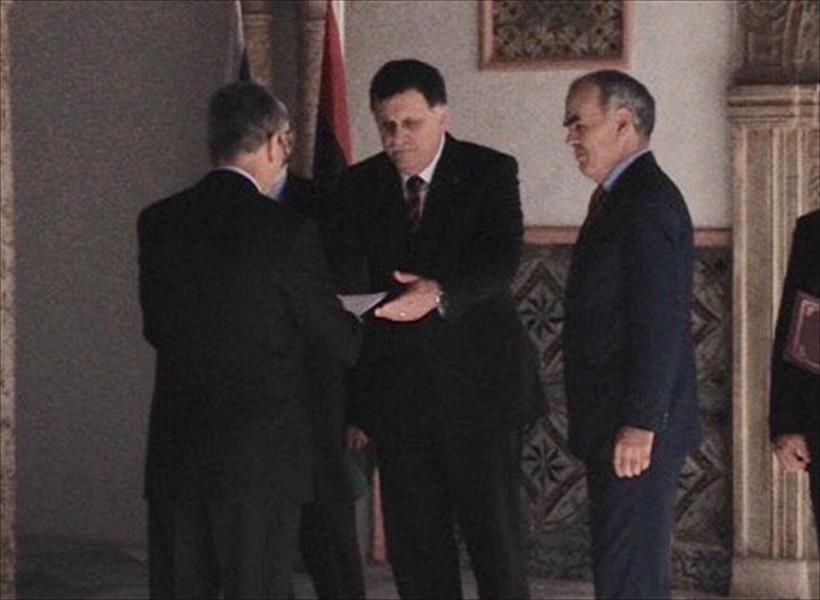 The Government of National Accord (GNA) has accredited five ambassadors today at Tripoli’s Red Castle (Saraya Al-Hamra) with the attendance of the GNA’s Primes Minster, Fayez Al-Serraj and the Foreign Minister, Myhammad Sayala.

This comes two weeks after a similar event held at the Red Castle early on November, when the GNA received the credentials of Yemeni, Canadian, and Austrian ambassadors.

The newcomers said they’re here to pave the way fro the very imminent reopening of their countries’ embassies in Tripoli.