Google has been issued formal antitrust charges over claims that it abuses the dominant position of its Android operating system.

The European Commission sent a statement of objections to the tech firm, alleging that it has breached EU competition law.

It said Android was “good for competition and good for consumers”.

Kent Walker, Google’s senior vice president and general counsel, said: “Android has helped foster a remarkable and, importantly, sustainable ecosystem, based on open-source software and open innovation. We look forward to working with the European Commission.”

Speaking at a press conference in Brussels on Wednesday, the European competition commissioner, Margrethe Vestager, said she had reached a preliminary view that Google was in breach of EU law.

It has been given 12 weeks to respond, and, if found guilty, the company faces a fine and could be required to change its practices.

Ms Vestager said Google had harmed both competitors and consumers by placing requirements on mobile manufacturers and operators to preinstall some of its own products and, in some cases, set them as default or exclusive options on handsets.

In some cases, she said, this had been as a condition of Google’s agreement to grant a licence for the use of some of its apps.

She also said Google had given financial incentives to manufacturers and mobile network operators on condition they exclusively preinstalled Google Search on their devices.

She told reporters: “A competitive mobile internet sector is increasingly important for consumers and businesses in Europe.

“Based on our investigation thus far, we believe that Google’s behaviour denies consumers a wider choice of mobile apps and services and stands in the way of innovation by other players, in breach of EU antitrust rules.

“These rules apply to all companies active in Europe.”

Ms Vestager said the issue was particularly important because smartphones and tablets accounted for most global internet traffic, and were expected to account for even more in the future.

She said about 80% of smart mobile devices ran on Android.

Lobbying group FairSearch, the lead complainant in the case, welcomed the decision.

“Google requires manufacturers using key apps on Android, such as Google Play or YouTube, to also install others that it specifies.

“Virtually every phone maker using Google Android in the European Union has bowed to Google’s demands, suppressing competition by other app makers and preventing free choice for consumers,” it said in a statement. 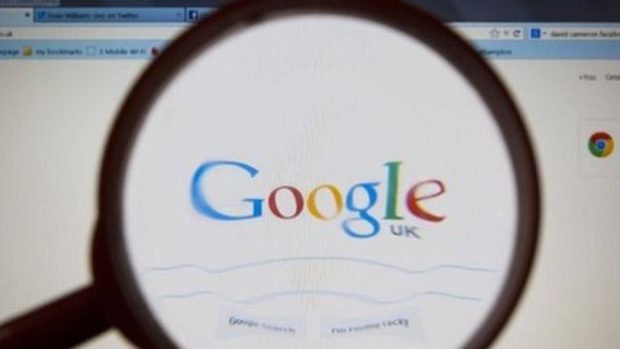 Google’s history of run-ins with the regulators

2007 – US Federal Trade Commission investigates Google’s acquisition of online advertising firm DoubleClick and rules it can go ahead.

2013 – FTC drops its two-year investigation of Google, concluding it had not manipulated search results to damage rivals.

2014 – European politicians pass a non-binding resolution calling for the break-up of Google’s search engine business from the rest of the company.

2015 – New EU antitrust commissioner Ms Vestager charges Google with distorting search results to favour its own shopping services over rivals and reveals that she is also investigating Google’s Android business.

Over these years, Google has also faced scrutiny from regulators in South Korea, Brazil, India and Russia.

For: Google to face EU charges over Android abuse