Hijacked Afriqiyah Airways plane to return to Tripoli on Friday 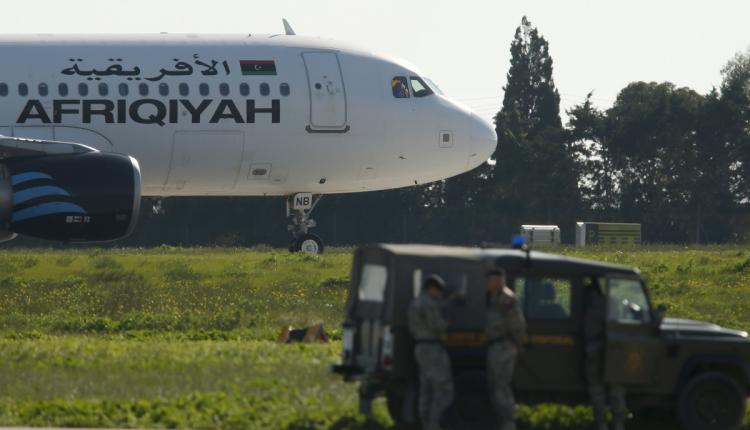 The Afriqiyah Airways plane (Airbus A320), which was hijacked over Libya and diverted to Malta on December 23, 2016, has been released by the Maltese courts.

According to Times of Malta website, the Afriqiyah aircraft is expected to fly back to Libya on Thursday or Friday. It added that technical officers are on board the plane to give it the all-clear.

Armed with replica weapons, two Libyan nationals forced an internal flight from Sabha to Tripoli to fly to Malta on Friday December 23 last year by threatening they would blow up the aircraft with a grenade.

The two hijackers have been identified as Ahmed Ali and Mousa Shaha, who demanded they be allowed to establish the New Fateh Party, which they said is a re-embodiment of the Gaddafi Fateh (September) Revolution.

One of the two men descended the plane waving the green flag of Gaddafi-ruled Libya.

The 111 passengers and 7 crew members flew back to Libya hours after the two hijackers surrendered.

According to Maltese authorities, the two Libyans pleaded not guilty of hijacking charges.

For: Hijacked Afriqiyah Airways plane to return to Tripoli on Friday