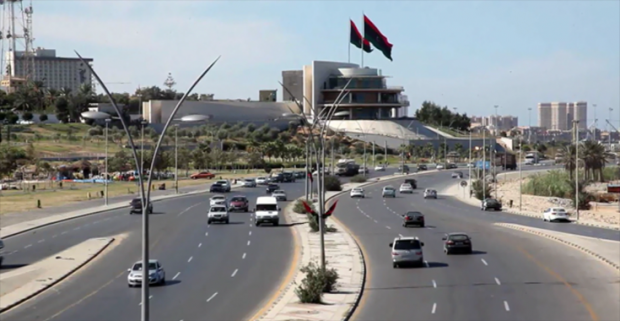 A Tripoli-based activist, Jabir Zain, remains missing after being abducted on September 25, 2016, by an armed group linked to the Interior Ministry of the United Nations-backed Government of National Accord, Human Rights Watch said today.

Human Rights Watch said Tripoli-based activist, Jabir Zain, remains missing after being abducted on September 25, 2016, by an armed group linked to the Interior Ministry of the Tripoli-based Government of National Accord.

Since the beginning of the 2014 conflict in Tripoli, militias aligned with various governmental authorities and criminal gangs have kidnapped or forcibly disappeared with impunity scores of people in the capital for political gain, ransom, and extortion. The investigations unit of the Interior Ministry recorded 189 kidnap cases in March 2017, and 68 in April, of men, women, and children in the capital alone.

“Jabir Zain’s family has the right to know who is holding him, where, and why,” said Eric Goldstein, deputy Middle East and North Africa director at Human Rights Watch.

Zain, a Sudanese national born in 1987 who had lived in Tripoli with his family since he was 6, is an outspoken blogger and participant in conferences and meetings on human rights and social issues. Zain frequently discussed topics in social media that are considered controversial in Libya, in particular women’s rights and religion.

Zain’s relatives told Human Rights Watch in April 2017 that, according to their sources, he had been seized by masked members of the Second Special Support Division based in the Fernaj district in Tripoli. The group, also known as Martyr Adnan Al-Shibani Brigade, is at least nominally under the Interior Ministry of the Government of National Accord. The sources said the men seized Zain and three of his friends at a café on Girgaresh Road in Tripoli, on the evening of September 25, 2016, after an event on women’s rights. The armed group released the three other men after four hours, the family said.

On October 10, family members attempted to visit Zain at the Fernaj base. Although they were not allowed to see him, a Second Special Support Division member informed them that they accused him of secularism, atheism, moral indecency, and other positions that they opposed and that once investigations were concluded, he would be deported to Sudan, the family told Human Rights Watch. They left a bag of clothes and some personal hygiene articles for him.

On October 12, the family was summoned to the base. But when they arrived, they said members of the group professed ignorance about Zain’s whereabouts, claiming they had mistaken someone else for him. They asked the family members to take back the personal effects.

Zain’s family have been receiving conflicting information from personal contacts, intermediaries, and the authorities about Zain’s whereabouts. Family members believe he was transferred from the Fernaj compound to another location or detention facility for “safekeeping” six to eight weeks after his detention. They said that Zain may have been moved several times.
The family hired a lawyer, who told them that the prosecutor in charge of the case sent letters both to the Second Special Support Division seeking information about where Zain was being held, and to the Special Deterrent Force, another armed group nominally under the Interior Ministry and suspected by the family of having Zain in their custody at some point. Only the Special Deterrent Force responded saying that they were not detaining Zain, the lawyer said. Zain’s family now believe, based on information a government official provided informally, that the Intelligence Agency may be holding him and seeking to deport him.

International law stipulates that a state violates the prohibition against enforced disappearance when its affiliates take a person into custody and then either denies it is detaining the person or fails to disclose the person’s whereabouts. The police have refused to open an investigation in Zain’s case, and the armed group that abducted him refuses to acknowledge his detention or disclose his location.

A person who has been forcibly disappeared is at heightened risk of torture because they are at the mercy of their captors outside of the protection of the law, with no formal safeguards requiring for example that a third party, such as a judge, see the person periodically.

Zain’s mother expressed fear for her son’s well-being and treatment due to his outspoken nature.

Armed groups operating under its Interior Ministry receive their salaries from the Central Bank of Libya through the ministry. This is the case for most major armed groups in Libya, including those supporting the other governments in Libya. As a result of the insecurity and armed conflict in the capital, many institutions are either dysfunctional or unable to exercise their powers, including the judiciary and law enforcement agencies, Human Rights Watch said.

In one recent case in Tripoli, the family did not report a kidnapping to the police because they had no confidence they would act. The victim was released after five weeks, after the family paid a hefty ransom. In two other cases, the families reported kidnappings, they told Human Rights Watch, but the police made no effort to investigate.

Salah al-Bakush, a political commentator, and participant in the UN-backed Libyan political dialogue, disappeared on January 26, 2017, with his friend Haitham Ghenaw and another man after their car was stopped at a checkpoint near the Rixos Hospitality Palaces, a compound that the National Salvation Government was using at the time as its headquarters. Despite the families’ attempts to locate the men, their relatives told Human Rights Watch, the kidnappers neither conveyed any demands to the families nor indicated their location. Both were freed on March 28 during clashes between militias in the capital.

There are no publicly available statistics on the number of kidnap victims who have been released.

Abdelmoez Banoon, a prominent activist and frequent critic of militia and government abuses in social media and at public events, has been missing since his abduction by an unidentified armed group, on July 25, 2014, in Tripoli.

Under Libyan law No. 10 [2013] on the Criminalization of Torture, Enforced Disappearances and Discrimination, enforced disappearances are punishable with up to eight years in prison.

The UN Working Group on enforced or involuntary disappearances and the UN Committee on Enforced Disappearances, which reviews government compliance with the International Convention for the Protection of all Persons from Enforced Disappearance, said in a statement on August 30, 2012, that: “Enforced disappearance is not only a heinous crime, it is an act that negates the very essence of humanity and is contrary to the deepest values of any society.