International Organisation for Migration: 417,123 IDPs in Libya since 2011 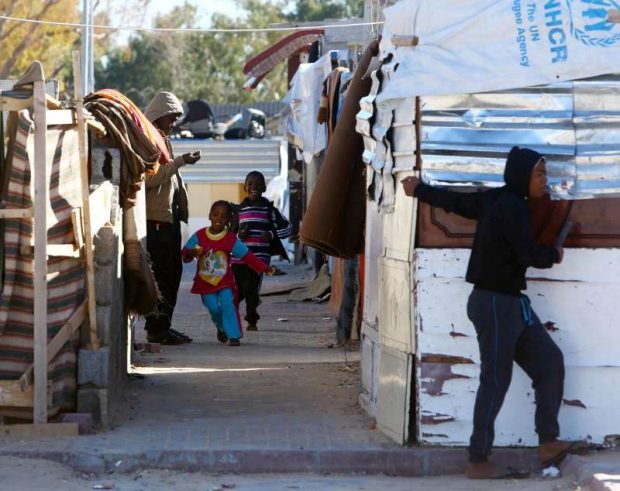 The International Organisatio for Migration (IOM) has issued a report Friday, identifying 417,123 IDPs in Libya, a total which is a result of three waves of displacement – the first taking place in 2011; the second from 2012 to mid-2014, and the third and largest, began in mid-2014.

The IOM’s report also identified 234,699 migrants in Libya for a variety of reasons including labour, transit, or forced migration. It notes that migrants and asylum seekers in Libya continue to face marginalisation and discrimination which, combined with weakened social or consular networks, leave them increasingly vulnerable to exploitation.Transit migrant populations contain mixed flows of migrants and asylum seekers, many of whom are vulnerable groups at risk of exploitation, the IOM explained.

IOM has recorded 14 maritime incidents between 30th March and 1st May 2016 on the Central Mediterranean route from Libya to Italy. Some 1,580 individuals were rescued, while 753 are missing, presumed drowned, it added. The IOM also remarked that only 35 percent of migrants are currently living in private accommodation, while the rest are staying in informal settings, market places, transport points or unfinished buildings.

It added that another 4 percent of the migrants are in detention centres. “Men make up 89 percent of the migrant population, and the main countries of origin are Niger, Egypt, Ghana and Mali.” IOM explained. IOM’s figures indicate 47 percent of all IDPs in Libya originate from Benghazi, the metropolitan center which also is hosting the largest proportion of IDPs in the country. There are also a significant number of IDPs from Sirte and Tripoli.

Most recently, displacement from Sirte to Bani Walid and Tarhouna, due to a spike in military conflict in Sirte, has been flagged as a growing concern. The DTM has identified 20,000 IDPs in Bani Walid – 82 percent of them from Sirte. However, this number is expected to continue to increase, with thousands more being displaced daily from Sirte. Displaced populations are forced to flee due to conflict and a lack of security, destruction of property, and limited access to health and schooling. Much of the conflict is concentrated in urban areas, with IDPs often fleeing from one neighbourhood to another. But some now travel longer distances.

Due to the stresses of multiple displacements, financial insecurity, and difficulty in accessing protection, the coping capacity of many IDPs is being eroded, and the ability of host communities to address their needs is severely overstretched.

The DTM characterizes the living conditions of many IDP households as unsafe or unhealthy. While most are hosted in private settings in urban areas, 16 percent are taking shelter in collective or non-formal settings, sharing living spaces in unfinished or deserted buildings, tents, caravans or makeshift shelters. As a result, they often lack access to basic services such as water, sanitation, hygiene and electricity: minimal requirements for a safe, dignified and healthy environment. These situations are particularly acute in the areas of Al Kufrah, Dirj, As Sidr and Marandah.

Concurrently, the report did find that the number of IDPs returning to their homes is increasing. The total number of returnees currently stands at 149,160 individuals. The majority are returning to Warshefanah and to the south of Tripoli. Returns to Sabratah, Derna, Gwalesh and Ajdabiya were also noted.

But damaged health and educational facilities, lack of security – characterized by increased crime and the presence of improvised explosive devices (IEDs) – are hindering prospects for safe and sustainable return for many IDPs. This has been exacerbated by rising prices and the limited financial resources of the IDPs, which has limited their ability to carry out necessary repairs to their homes.

For: International Organisation for Migration: 417,123 IDPs in Libya since 2011