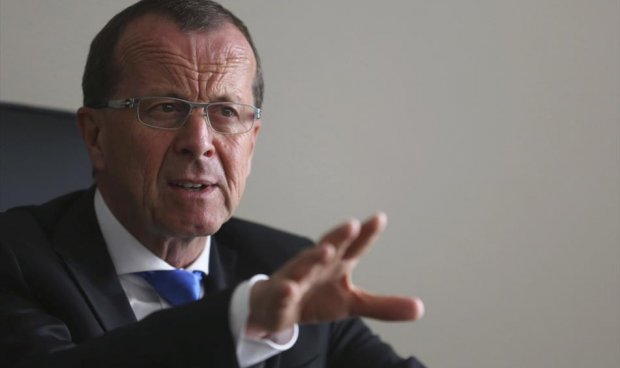 The UN delegate to Libya and the Head of the UNSMIL, Martin Kobler, has condemned the shelling and fire opened on Ganfudah civilians earlier Saturday.

Kobler put the balem of the shelling and prevention of civilians departure from the siege of Dignity Operation forces, led by Haftar, on both Haftar forces and the fighters of the Benghazi Revolutionaries Shura Council.

Earlier today, Martin Kobler welcomed Operation Dignity’s announcement that it would allow a safe passage for the people besieged in Ganfudah, Benghazi.

The Head of the UNSMIL tweeted Saturday morning, “I call on all parties to the conflict in #Ganfouda to abide by International Human Rights and Humanitarian Law.”

“Parties must ensure safe evacuation from #Ganfouda of all #civilians who wish to leave and must (protect) them against any form of abuse” He also tweeted on Saturday.

Benghazi’s Ganfudah has been under siege for months and Khalifa Haftar’s Operation Dignity forces have been disallowing aids and basic needs to arrive in the city amid international and local indifference.

For: Kobler condemns shelling of Ganfudah civilians in Benghazi