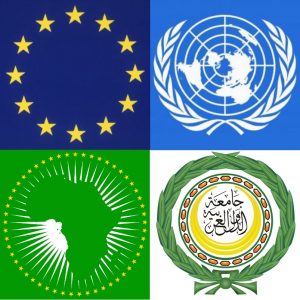 The Secretary-General of the Arab Legue, Ahmed Abo El-Gheit, to arrive in Brussels on Tuesday in order to participate in the Libya Quartet meeting, media sources reported.

The meeting aims to continue coordination and consultancy between the Arab League, United Nations, European Union, and the African Union, around developments in Libya.

Discussions will consider joint action regarding Libya’s political process under the agreement that was signed in Morocco in December 2015.

The meeting is hosted High Representative of the European Union for Foreign Affairs and Security Policy and Vice-President of the European Commission, Federica Mogherini, and will take place in the EU’s Headquarters in Brussels, Belgium.

Attendees will include Martin Kobler, the special representative of the Secretary-General and head of the UN support mission in Libya, as well as Jakaya Kikwete , the African Union’s high representative for Libya.

Tuesday’s gathering will be the second meeting of the Libya Quartet, following a meeting hosted by the League of Arab States in Cairo on 18 March 2017.

For: Libya Quartet meeting convenes on Tuesday in Brussels