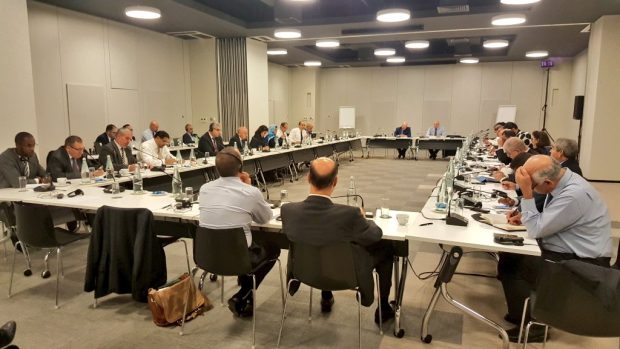 The political dialogue members, who convened a two-day meeting in Valletta, Malta, called on the House of Representatives to conduct the needed constitutional amendment as per the political agreement it signed in Skhirat – Morocco – on December 17, 2015.

In a statement made by the dialogue members following the end of the meeting that lasted on Thursday and Friday, they called on the Presidential Council to show that it is fit enough for dealing with the current suffocating crises in Libya.

“We also hail the ever-conceivable progress that the Libyan forces have attained so far in their war on terror in Sirte and elsewhere, and we will always hold dear the sacrifices they have made for us to reach this advanced stage.” The statement reads.

The Malta-held meeting also welcomed the efforts gearing across the whole country towards achieving reconciliation and national unity.

“We cal on Libyan parties to denounce the use of violence, weapons and other forms of lawlessness in resolving political conflicts.” The statement concludes.

Speaking prior to the meeting, Martin Kobler, the Head of the UNSMIL, stressed that the situation in Libya became precarious and would need prompt action and leadership.

“Only with a unified and effective Libyan Government, the people of Libya will live with security, and basic services can be restored” Kobler indicated on Thursday.

For: Libyan dialogue in Malta: HoR must conduct constitutional amendment