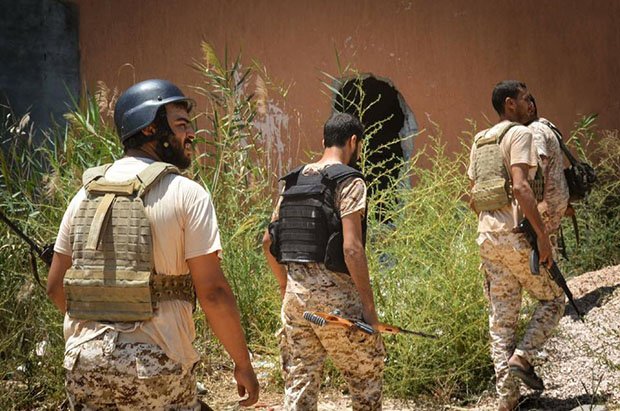 Libyan families have started to return home to Sirte after months of displacement. Forces aligned with the United Nations-backed government have been fighting street-by-street to liberate the coastal city from ISIL control.

“Our mission is to protect the coastal road and secure the road from Misrata to Sirte as well as to secure the return of families to the liberated areas. We are also searching for vehicles carrying large quantities of (black market) fuel, for fear that they may be smuggling it to ISIL,” said Libyan military official Faraj Salem Ammar.

Several hundred militants are said to remain, but are reported to have been cornered into a small area in the centre of Sirte.

The government-backed troops, which are largely made up of soldiers from Mistrata, have received some support from the Libyan administration in Tripoli, but many say they feel let down and have been hampered by a dearth of medical supplies, equipment and ammunition.

For: Libyan forces near complete seizure of Sirte, families start to return home